She pretends to be pregnant on the London subway: less than half of the passengers give up their seats 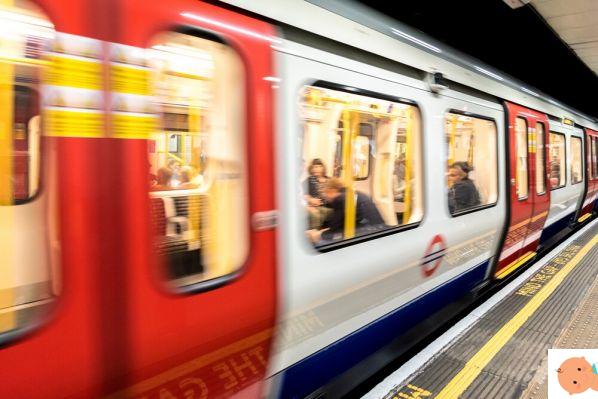 In the land of the Queen and the Sirs, chivalry doesn't seem so fashionable anymore (although the problem probably remains global).

It was to ascertain it Anna Whitehouse, the founder of Mother Pukka who wanted to wear a fake baby bump and take a few laps along the crowded one London underground line to see how many passengers would kindly give her seats.

Read also: pregnant woman: seating and priority in rows. What are the rights?

Well, during the experiment, despite the fact that the false belly showed a rather advanced state of pregnancy and the air of the wagons was particularly suffocating due to of the unusual heat that is hitting the City (about 25 ° C), only 4 out of 10 passengers si they are offered to give you their seat spontaneously.


Half of the commuters, on the other hand, agreed to get up under explicit request of the fake new mother.

"It seemed to me that I had to highlight my condition, perhaps exaggerating, massaging my belly and expressly asking to sit down, which makes you feel very uncomfortable - explained Anna - People are simply not connected with their surroundings!".

Rudeness? Inattention due to too much attention given to smartphones or other devices? The situation appears rather varied.


The social experiment carried out by Anna is in fact part of a research commissioned by the cosmetics company Mama Mio for the campaign "I'm Expecting" which encourages pregnant women not to be ashamed to ask for a seat on public transport.

Sleepless nights and blinding nausea are not enough to disturb the serenity of a new mother. We also bring talkers ... here is the nice collection taken by Buzzfeed of the phrases that one ...

In the course of this analysis of the sector, not only did it emerge that out of 2000 commuters, a good quarter of them it would not give up its seat to a woman who is apparently pregnant for fear of misunderstanding his condition, but also that most of the adults interviewed would seat an expectant mother only in cases where the pregnancy was very evident.

Many respondents also admitted to often give yourself a license from good manners during peak times: seating is a sacred achievement!

TAG:
Can i drink wine and other spirits while breastfeeding? ❯

add a comment of She pretends to be pregnant on the London subway: less than half of the passengers give up their seats