She wants the second child, he doesn't 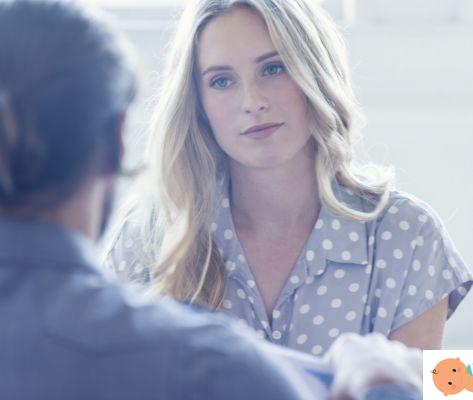 Start over with baby bottles, up early and diapers. Rethink, once again, the spaces in the house and what tricks to invent to find some intimacy.

But at the same time falling in love again with two chubby little hands, returning to get excited by the first words, the first steps and the first conquests that are never forgotten.

The imagination of the idea of ​​a second child can range from one extreme to the other, giving life to a unbridled deso of motherhood or reticence to the prospect of a new family structure. So how to behave when in a couple the difference of views seems irreconcilable?

We asked the psychologist Silvia Vegetti Finzi, author, among others, of the volume "The most awaited guest: living and reliving the emotions of motherhood" to help us understand the reasons for "her" while at the psychiatrist Cristina Cypress and to the experienced couple psychoanalyst Alessia Santoro of the Integrated Psychiatry Studio we asked for some advice to understand the thought of "him".

How the motherhood deso is born

«A child's desire is born from the unconscious - Silvia Vegetti Finzi pressed -: the real and visceral one arrives when it arrives. It is not programmed, and it can be recognized by small signals (such as being excited in front of a wheelchair). Sometimes this deso comes at "less opportune" moments, giving rise to conflicts that affect women from several points of view: having to listen to the times of their body, the social times and those of the opportunity-inopportunity of a child ».


"But yet this deso comes from the dream - continues the psychologist - who does not always respond to these conditions. It comes from a new availability, which changes the woman deeply. Another important factor is that this choice is not always accompanied by the same predisposition on the part of man. Here there may be a discrepancy: the second child may seem an excess to the father at times, because he could make the mistake of assuming that a woman who was already a mother the first time has crowned her motherhood desire. This is not the case, however, and it would be good inside the couple listen to this call. On the other hand, when this deso shows up, the worst thing you can do is impose your will. One does not impose and oblige others what one wants ».

“Sometimes the choice of a second child is the attempt to solve a couple problem by denying it - replied doctors Selvi and Santoro -: the man could be more aware of the difficulties in this sense and not want to bear a further load of difficult and frustrating dynamics ».


«The economic issue, on the other hand, is current due to the precariousness of employment contracts and also has to do with fear of responsibility of the male, who still today feels his duty and duty to protect the family, generating a load of worries and anxiety that many men struggle to mentalize and manage ».

“In some cases fathers might be frightened by a very strong-willed and assertive woman, who addresses the partner with devaluing tones, not very loving and with requests, perhaps even correct, expressed more as commands than as des ».

"In many cases, man also feels that with the growth of the first child, a level of independence and freedom has finally been reached such that it is possible to start having a more regular life from the point of view of sleep and social life. , which he does not want to give up again ».

Read also: Life as a couple, 6 rules for fighting well

So how can a woman propose her own point of view, in a correct and suitable way to be understood?

«Preparing and propitiating - suggests Vegetti Finzi -. Especially sharing fantasies, leaving the sphere of contractuality and entering the world of imagining together. For example, you can gently point out that a couple of acquaintances who have had the second child are happy, or you can gently and politely introduce how happy the first-born would be with this new arrival, perhaps adding that a gift cannot be given. better to one's child than a brother or sister. Never claim it was a right, because it is always a grace to have a child, the most awaited guest ».

«Another suggestion is to help the father to rethink waiting and childhood, to remember that he too was a child - adds the psychologist -. It is difficult for a man to des a child in the first place. Try, therefore, to feel and understand the deso of the other, so that the hope of one is also of the other: it is by sharing that sooner or later a meeting point is found ».

“Then there may be the situation in which the first child comes from a different marriage: in this case a second child could be thought of as a seal so that life can start over, the child of a new narrative and a renewed confidence in the future. Passing this message could even bring a solution to old conflicts between different families. "

"When, on the other hand, the difficulty concerns thefamily organization or the economic condition, then it is important to concentrate on the "warm" side of affectivity: the most important things in life are not calculated. If we always looked at the disadvantages we would not go on, because what matters does not matter. The same goes for space: this too can be obtained where it was thought there was none. These are just some of the arguments that can be brought into the relationship. I also advise women to have an attentive and light gaze, not to be in a hurry and to avoid daily frictions, which are the most exhausting ».

«Communication is the basis of a good relationship - add Selvi and Santoro - but often dynamics are established that are more like a tug-of-war than a dialogue, where the only goal is to bring the other to think like us. L'real listening to ideas and fears of one's partner, the acceptance of a different way of feeling and thinking, using the channel of comprehension and empathy they are very important".

"Also the timing has its role: we find the right moment, without haste, important decisions require long times and repeated moments of confrontation and mediation. Beware of excessive angry closure, which certainly does not create the fertile ground to take up a topic that is so close to our heart ».

«And when we are facing each other, the better welcome and not criticize fears, consciously undertake some of the hard work and have patience: you don't have to come to a decision quickly, you need to give space and time to more moments of dialogue and discussion. Finally, being part of a couple means renouncing, at least in part, always and in any case the expression of one's own individuality ".

Read also: 10 truths about motherhood as seen through a father's eyes TAG:
She wants the third child, he doesn't ❯

add a comment of She wants the second child, he doesn't