"Short" high school, experimentation is underway. The pros and cons 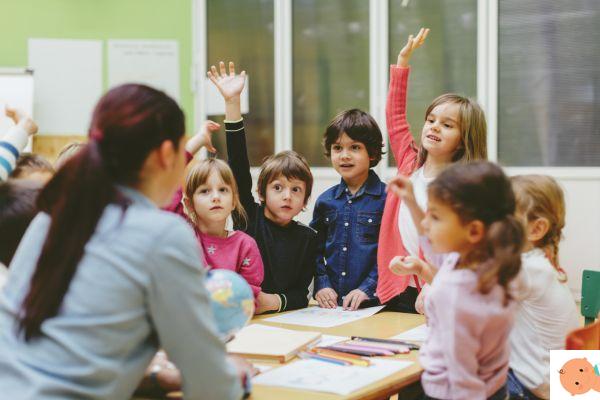 The Minister of Education, Valeria Fedeli, signed the decree that establishes the rules for participating in the experimentation, reserved for high schools and technical institutes both state and equal, relating to the high school "short", Only four years old.

A decision that, assures the minister, was not made "to save a little" (Il Sole 24 Ore has however calculated that, if the four-year path were adopted by all high schools, about 1,38 billion EUR).


Read also: What to do after the eighth grade?

In fact, the opposite would be true: "We are faced with an investment and innovation that can help the new generations to successfully face the challenges of today and tomorrow".


WHAT THE DECREE PROVIDES FOR

Thus, theschool year 2022-2022 will 100 le classes which will allow students to take the maturity at 18 years, a year earlier than expected today. Applications can be submitted by schools, a exclusion of professional institutes, at the Miur for the entire month of September.

The questions will then be evaluated by a specific Technical Commission. In particular, the most innovative proposals will be taken into consideration, which will stand out for the articulation and remodeling of study plans, the use of technologies and laboratory activities in teaching and the use of the Clil methodology, i.e. the study of a discipline. in a foreign language. Other parameters that will be taken into consideration will be: the instruments of continuity and orientation with the lower secondary school; the job's world; professional associations; the University; and non-academic tertiary courses.

WHERE THE EXPERIMENTATION COMES FROM

HOW THE SHORT HIGH SCHOOL WORKS

Let's see, in detail, what are the rules envisaged for the four-year course, which can be applied by high schools and technical institutes, but not professional ones.

Read also: 5 games for back to school

HIGH SCHOOLS OF 4 YEARS: THE ADVANTAGES

HIGH SCHOOLS OF 4 YEARS: THE DISADVANTAGES

HIGH SCHOOLS OF 4 YEARS: THE DISADVANTAGES

«Generally speaking, I believe that this new opportunity presents itself pros and cons: the first impression is that there are no real advantages in doing one year less at school, given that we live on average up to 80-90 years and that the world of work is so varied that it cannot be said with certainty that one year Less at school will lead to a sure competitive advantage over those who do an extra year »comments Susanna Mantovani, Honorary Professor of General and Social Pedagogy at the University of our city-Bicocca.

At the same time, however, there is no shortage of opportunities: «Sometimes the children are tired of going to school. So, I feel like saying that if the choice to do a four-year path it's the boy's or the girl, and not the outcome of adult pressure on him, can also be an asset. One year less could in fact allow young people to do what interests them first, from a particular course of study to entering the world of work. Or, it can represent the possibility of taking a sabbatical year, perhaps abroad, useful for professional training ».

TAG:
Hygiene of the newborn ❯

add a comment of "Short" high school, experimentation is underway. The pros and cons