SIDS, the Crib Death Syndrome: what it is and causes 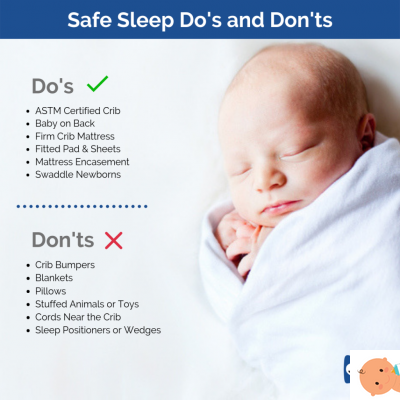 SIDS: what it is and how to prevent it

It is the terror of every parent of a newborn: the SIDS , acronym for Sudden Infant Death Syndrome, that is sudden baby death syndrome, or cot death.

Little is known about sudden infant death, SIDS, but several studies have shown that certain behaviors can help prevent this syndrome. And the National ...

It is the sudden and unexpected death of an apparently healthy infant, which remains unexplained even after careful investigations that include a thorough examination of the circumstances of the death, an analysis of the clinical history of the child and his family and an autopsy.

As the website of the SIDS Seeds Association explains, death can occur during sleep at any time: both during the day and at night, both in the cradle, in the stroller or in the car seat, even in the arms of the parents, without any sign of suffering for the child.

Who it strikes, how frequent

By definition it affects babies between birth and one year of age, but it is more frequent between 2 and 4 months of life and among boys (constituting 60% of children who die). On the other hand, SIDS is rarer after six months. The phenomenon is more frequent in the winter period.

As reported by the Ministry of Health, "there are no national data on the incidence of the phenomenon, as there is no homogeneous detection system"; nevertheless "in the past it has been calculated in the order of 1-1,5 cases per 1000 live births, but it is currently in sharp decline and can be estimated at around 1 case per 2000 live births, that is approximately 240-250 cases each year".

By definition, SIDS is not to be confused with choking, strangling or crushing from the body of an adult. In these cases, in fact, death has an explanation.

At the moment the causes of this terrible condition are not yet definitively clarified, but it is believed that three risk factors come into play that simultaneously participate in precipitating the situation (in fact, we are talking about triple risk model). It is about:

Typically when there is a decrease in oxygen levels in the blood, the body reacts with a series of "life-saving" compensatory mechanisms, such as stabilization of the respiratory and heart rate or the so-called arousal, a kind of pre-awakening. In some vulnerable children, however, this does not happen and if the phenomenon occurs in the critical window the result is unfortunately sudden death.

Read also: I am expecting a baby, will he sleep? All you need to know on the subject of sleep

How to prevent SIDS

Over time, the international scientific community has identified a series of very specific risk factors (for example sleeping on the stomach), knowing which it has been able to develop a list of very effective preventive strategies. Proof of this is the fact that, all over the world, where there is widespread information on these issues, at birth points and with parents, cases of SIDS decrease drastically. Here then all the useful tips to prevent SIDS (bibliographic sources at the bottom):

For sure, it is known that the risk of SIDS increases in the case of sharing a Latvian in some particular circumstances, namely if:

A recent Australian book on SIDS points out that instead there are no firm conclusions regarding the risk of cot death if the sharing takes place between breastfed babies and parents who do not smoke (and did not smoke during pregnancy), do not consume alcohol. , do not take drugs or drugs. In any case, also due to these uncertainties, many countries advise against sharing a Latvian in the first year of a child's life.

Smoking and alcohol in pregnancy and SIDS risk

No smoking and no alcohol during pregnancy: are among the basic tips for prevention of SIDS. In fact, various studies have shown that smoking or drinking while waiting increases the risk of the unborn child to die in a cot. For example, a survey published in January 2022 in the journal EClinicalMedicine showed that the risk was increased fivefold for children of mothers who continued to smoke beyond the first trimester of pregnancy, and fourfold for children of mothers who continued to smoke. they continued to drink alcohol beyond the first trimester. Not only that: the same study indicated that if the two habits go hand in hand - that is, the expectant mother both smokes and drinks alcohol beyond the first trimester - the risk of SIDS increases by 12 times.

What position should the baby sleep in to avoid SIDS risk?

The baby must be put to sleep in a supine position (belly up) from the first days of life; he should also sleep in a cot or bed, preferably in his parents' room.

TAG:
Syphilis and pregnancy, how to treat it and what are the risks for mother and baby ❯

add a comment of SIDS, the Crib Death Syndrome: what it is and causes