Single mothers: from the family home to the state allowance, here's what you can do 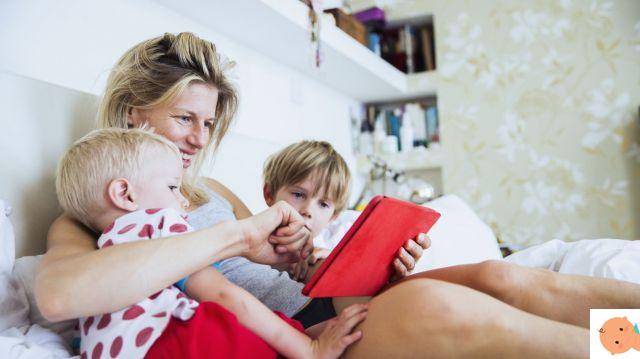 Lonely girls Waiting for a child or who have already given birth: this is, commonly, the definition of "single mothers". Most of the time, they are young women who are abandoned by their partner or who become pregnant with an occasional partner, finding themselves facing a pregnancy alone, without financial help and with the fear of not being able to raise their child in the best possible way.

There is no shortage of cases in which family support is also absent. Furthermore, in Del Paese, single mothers they do not fall into the protected categories and there is no specific legislation regulating their social and professional status. Their status is therefore no different from that of any other mother. However, you can request economic aid and assert their rights, seeking assistance, when necessary, from the consultors, who can give first medical and psychological help, and at the social services of the municipality of residence and the Province.

Where to ask for help: the Family Homes


Single mothers who do not have their own home or a place to find hospitality can apply for inclusion in one house Family, where to live and be followed during the period of pregnancy and in the times after childbirth. New mothers will find themselves in sharing spaces and days with other women in the same condition, they will learn to become aware of their new situation and will be supported in caring for the child. In the Family Home, single mothers come followed by social workers and psychologists that accompany them in paths of autonomy and social inclusion.

We asked for advice from Chiara Nardi, psychologist and president of the CAV of the city of Talenti, who pointed out some structures and associations to which it is possible to contact:

The Life Aid Centers (CAV) are also located throughout the country, which with numerous projects help new mothers in difficulty, helping them to solve economic problems, assisting them in their search for work, providing them with psychological assistance or even simply guaranteeing their babies a change of diapers, baby food and new clothes.

Concrete help is also offered by the Salvabebè-Salvamamme association which for years has been involved in assisting mothers in serious socio-economic distress, helping them during and after childbirth, morally and materially supporting people in crisis.

As Dr. Simone Boglietti Zacconi, labor consultant and owner of the Studio Boglietti Zacconi, single mothers, single-income or completely unemployed mothers can apply for subsidies or subsidy checks and access concessions for the insertion of the little one in the nursery. These are not huge amounts, but in times of difficulty they can still be of help and contribute to the upcoming expenses foreseen by the arrival of a child.


There are two types of checks:

add a comment of Single mothers: from the family home to the state allowance, here's what you can do