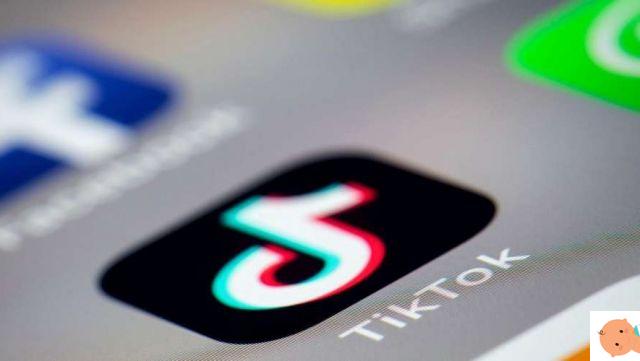 A new and violent challenge is slowly spreading among the kids. This is the phenomenon "Skullbreaker Challenge", launched on the social network TikTok and spread in a very short time. In this case, those who participate in the" game "are not aware of the risks they will face, but are unaware of what is about to happen to them.

What is the "Skullbreaker Challange"

The phenomenon has already alarmed many parents. There challenge is divided as follows: two children, who know how the "game" is structured and who are accomplices, involve a third peer of the same age, unaware of everything. The three then take an alternating jump and, when the young man's turn in the center arrives, the two accomplices make him a sort of trip, pushing his legs forward and making him fall to the ground. The victim falls to the ground on his back: the most serious risk is that this kind of impact can be really violent and the boy can hit his head hard.

We interviewed the psychologist and psychotherapist Matteo Lancini, president of the Minotauro Foundation, who explained to us the reasons behind such a phenomenon, identifying the primary cause not in adolescents, but in the wrong value system that characterizes contemporary society and which first of all involves adults.

Kids who consciously hurt their peers: why is this happening?

Dr. Matteo Lancini explained that, like this one, there are many other similar events involving the very young. The first thing to point out in this regard is that in a society like today's, in order to be successful, one is willing to do anything.

"Today, any kind of exaggerated expressive modality of adolescents, which perhaps passes through TikTok or Instagram or the Internet, is the result of a society in which image, popularity and success come before content.

In newspapers, for example, in television broadcasts, in festivals, etc., whoever does the most beautiful thing and wins is canceled out by whoever is perhaps last and does "crazy numbers": later on, television only speaks of who has done the "number", forgetting who came first. The important thing, currently, is to make an audience, both in the case in which a rule is being broken and in the case in which one is behaving in the wrong way.

Therefore, ethics no longer exists and there are no more rules. Fundamental is understand how adults can begin to propose alternative identification models. Everyone wonders why teenagers do reckless things to become popular. This happens because the press, social networks, media, etc., from a certain point on, they no longer set a limit on popularity. Today we end up on the front page for doing terrible things. Why has popularity become more important than the life and well-being of our children and students?

The models should be changed: but, since it is difficult - for adults - to question and change them, we continue to think that there are strange teenagers and that it is the fault of TikTok or the Internet. Or rather, the latter certainly have a negative influence, but the serious problem is that of the models proposed by adults. We have created a society in which competition, success, popularity come before any content ».

What are the red flags?

According to Dr. Lancini, it is sometimes difficult to realize what is happening to one's children as they can easily have a parallel life.

“The proper thing to do is ask them how they are and what they do, establish a dialogue with them. We need to educate digitally at school. Parents should ask their children not only what children do in school from a disciplinary point of view, but above all what they do on the Internet. Adults should educate children about the informed use of the Internet and constantly ask them what they do. Kids don't talk unless you ask them what's going on.

It is believed that it is enough to control and ban the use of mobile phones at school: this is not the case. It is necessary for the family to open a communication channel with their children and for the school and the family to educate themselves digitally ", explained the expert.

Read also: Teens and smartphones: a generation at risk of depression

«The current culture has some exaggerations and originates from identification models proposed by adults. Teenagers, in order not to fail, risk their lives, perform extreme acts, do anything to become popular. This theme is dramatic. We must find alternative educational models, which start from the adults themselves and in which we have to ask ourselves what is not working: it is a difficult task that concerns everyone », Lancini clarified.

Cyberbullying: 10 tips to knock out bullies

February 9 is Safer Internet Day and initiatives to raise awareness of responsible use of the Internet are multiplying all over the world. You want to knock out cyberbullies ...

TAG:
Stretch marks in pregnancy: what they are and prevention ❯

add a comment of "Skullbreaker Challenge", the violent challenge that worries parents