Sos tata, the attack by pediatricians and the defense of nanny Lucia 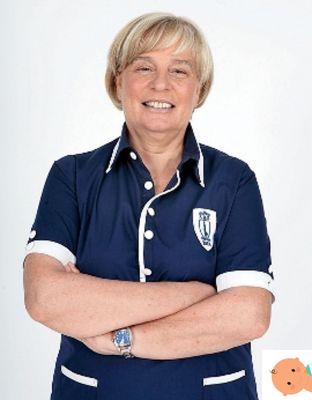 Between groups of online mothers, blogs and social networks, the controversy has broken out on the web since tonight. The subject of the discussions is an episode of the well-known television program Sos Tata, aired on Saturday 14 September.

The cultural association of pediatricians (Acp) has in fact written an open letter to the Guarantor for childhood to take a stand against the methods of gradual extinction of crying and their promotion to parents, as well as to ask for stricter rules for exposure. of small children in reality shows.

“At the center of the whole story, there is a child, a minor, who was filmed crying in despair, with mom in another room. This is a message that should not be broadcast on TV, it is not acceptable for the Treviso Charter (editor's note protects the rights of minors) and for a simple matter of respect for children's rights, "Laura Reali, pediatrician, explains to mymodernparents.com , national referent of the Cultural Association of Pediatricians.


The technique itself for the sleep proposed on TV is also under accusation. Reali says: "It is based on the theory of Eduardo Estivill, a well-known Spanish pediatrician and author of the book 'Do la nanna', who among other things retracted his technique for making babies fall asleep, admitting that it was not the result of robust scientific evidence. ".

The pediatrician continues: " The child has the right to fall asleep in the way that best suits him which is to be found in the relationship itself between mother and child. There are those who sleep first and those who need more cuddles and caresses, but, in any case, a warm and affectionate care is essential for all the little ones.

Among other things - he adds - “it is important that the solution be found within the couple itself without any kind of external imposition. There are many solutions to help your baby fall asleep without making him cry in despair. We recommend staying close to the baby, telling him a story or even singing a lullaby. This helps the baby to fall asleep, while the absence of the mother gives the baby the idea that he is ill and she is not there to comfort him ".

READ ALSO THE SPECIAL NANNA, HOW TO MAKE THE BABY SLEEP

"I am not a pediatrician nor a psychologist, or child neuropsychiatrist: I have always emphasized this on numerous occasions, I rely on my experience," said Lucia Rizzi.


And he adds: “It seems to me out of place that the associations that have signed this document have not considered the transmission piece quoted - that of the crying baby - for what it is. I am referring to the fact that everyone knows that we stay with the family for seven days and then a 40-minute 'summary' is broadcast which does not represent all the work that goes on behind it ”.

“In this case, we see three minutes during which the screaming child is captured by the night camera and can make an impression, while the little brother plugs his ears, which is normal. But the episode was dramatized: the child was not abandoned or brutalized. In case of any kind of problem, we were all close by ”.

Nanny Lucia adds: “I am not responsible for all aspects of the transmission, especially the technical ones. The child was not tortured or locked in her room for hours. Among other things, he was filmed with the night camera which is practically invisible and does not disturb. We don't have to imagine a situation with all the lights on a crying baby ”.

“As for the other point object of criticism, I was in the kitchen to reassure the mother so that the child was left a few minutes to relax as, later, it happened. The baby screams, the mother comes back at short intervals of a few minutes and then sleeps peacefully all night. There is nothing strange in the fact that I was talking to the mother, I repeat: we were all ready to intervene in the event of some worrying manifestation on the part of the child ".

As for the 'sleep' technique proposed in the program, Lucia Rizzi specifies: “I have always said that you cannot leave a baby alone to cry for more than two or three minutes, among other things it is also important that parents can take turns in the baby's room to comfort him. In this way, the baby can train for sleep. I argue that there must be the reassuring presence of the parent who then moves away a little, for a very limited time, and comes back. But he certainly doesn't go to the cinema! As for the child of the episode, I repeat that he was not left alone terrified in the dark.

Nanny Lucia concludes: “In my opinion, they are all natural steps in growth and it is also a training to learn to fall asleep, alone in your own bed. In the end, I am convinced that in every situation, beyond theories, common sense should prevail! ".

READ MORE NANNA, LISTENING TO THE BABY DOES NOT MEAN Pampering him

You may also be interested in Go to sleep, Estivill portrayed

IN THE FORUM MOMS TALK ABOUT NANNA

add a comment of Sos tata, the attack by pediatricians and the defense of nanny Lucia