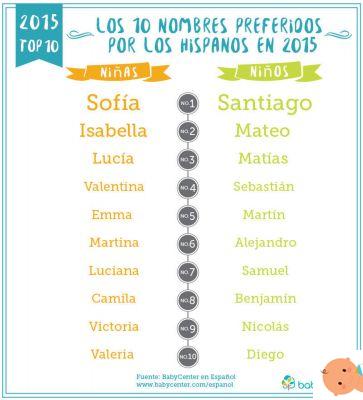 Do you love South American names? There are some very beautiful and widespread in all the countries ofSouth America.

Serpadres magazine analyzed the rankings of the most popular names in recent times from Mexico to Argentina, and found that Sofia is one of the favorite female names, like Valentina e Isabela. And for males? Traditional names like Carlos, Jose and Luis they have been a favorite in both the Caribbean and South America.

There are also compound names that are widespread across the continent such as María Elena, Juan Carlos, Ana María and Miguel Ángel.

If you are looking for inspiration for the name of your baby on the way, read our proposals.

Read also: Female names for girls: the most used and widespread

TAG:
Depression is not enough to lead to a filicide ❯

add a comment of South American names for babies