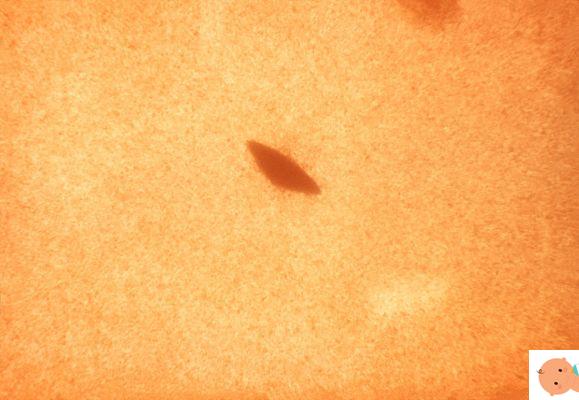 It is quite common for children attending kindergarten or school to often have to deal with recurring infections such as pharyngitis, ear infections, rhinitis and tonsillitis, especially in the colder months of the year. To prevent this kind of ailments it may be useful to have children take Streptococcus salivarius K12 supplements. It is a probiotic, a live microorganism, already present in the normal bacterial flora of the oral cavity, which for years has been the subject of study for its ability to positively affect the oral microbiota, thus reducing the incidence of pharyngo-tonsillar infections. Let's see in detail what it is.

The history of Streptococcus salivarius

The genus Streptococcus is the most common bacterial species in our oral cavity. There are several species but, among these, the salivarius and pyogenes species they fight each other for domination over oral tissues and the tonsillar niche. Salivarius are not pathogenic, while pyogenes are. When Streptococcus salivarius is missing, its space is occupied by bad bacteria such as Moraxella catarrhalis, Haemophylus influenzae and other Streptococcus species, such as S. pneumoniae and S. pyogenes which can attack the mucosa or descend to the upper and lower respiratory tracts.

The best known Streptococcus salivarius is the K12, first isolated about 30 years ago from the mouth of a 5-year-old New Zealand boy who, compared to his peers, he had never been ill with pharyngitis, tonsillitis and otitis media. He was child number 12 of Kaikorai Elementary School in Dunedin, New Zealand, hence the name of this strain. Several laboratory studies have studied the behavior of S. salivarius and it has emerged that the presence of this strain within the oral cavity limits the growth of other pathogenic bacteria causing airway infections. Hence the idea of ​​using the strain to prevent recurring infections in both children and adults!

A probiotic that protects young and old from infections

Streptococcus salivarius K12, when taken as a supplement, contributes to keep the oral microbiota in balance which represents the first real line of defense against pathogenic viruses and bacteria that can make children sick, but also adults.

In recent years this specific strain of Streptococcus has become particularly famous due to its ability to release, after colonizing the oral cavity, two proteins with antibacterial properties. These are two bacteriocins, Salivaricin A2 and Salivaricin B, which inhibit the growth of pathogenic strains responsiveness in faringiti, tonsillitis, otiti media and alitosi.

In fact, as demonstrated many years ago in a study on 2410 children enrolled in 10 different elementary schools, Streptococcus salivarius K12 is particularly effective in limiting the growth of S. pyogens, responsible for pharyngitis, tonsillitis and otitis media.

The use of "good" bacterial species naturally present in our body for counteract "bad" bacteria is the idea behind the bioprotica, or bacterial therapy. This is an interesting solution that could lead to one reduction in the use of drugs (especially antibiotics) for the treatment of frequent pathologies, and be a potential advantage for countering antibiotic resistance, a problem that has been talked about so much lately.

Read also: Antibiotic resistance: "Even newborns are at risk"

The probiotic name derives from the fusion between the Latin prefix "pro", meaning "in favor" and the Greek noun "bios", meaning life. Probiotic therefore means "in favor of life"And it's really true because probiotics have a positive function for well-being of the whole organism. According to the World Health Organization, probiotics are live organisms that, when administered in adequate quantities, benefit the health of the host. These microorganisms live with us and interact with our body, producing substances that are very important for our immune defenses

What do scientific studies say?

Over the years, numerous studies have been conducted to verify the effectiveness of Streptococcus salivariusK12 against pharyngitis, tonsillitis, otitis media and halitosis. Here's what the science says.

Already in 2022 a Del Paeseno research group had enrolled 82 children, both sexes, aged between 4 and 5 years, of which 65 with diagnosis of recurrent streptococcal pharyngo-tonsillitis, to study the efficacy of Streptococcus salivarius K12. The study involved the administration of the probiotic for 90 days and then a follow-up for the following 180 days. The results were excellent as the number of streptococcal infections was significantly reduced. The following year, similar research was carried out on adults prone to recurrent streptococcal infections. The result? Again a drastic drop in infections pharyngo-tonsillari.

A third survey was then carried out in 2022, this time again on the pediatric population. What emerged is particularly interesting because in addition to confirming the efficacy of the K12 strain against streptococcal infections, the study highlighted for the first time that prophylaxis, performed by administering Streptococcus salivarius every evening, had the incidence of non-streptococcal pharyngeal infections was also reduced and the cases of otitis media. The children undergoing one quarter of prophylaxis with Streptococcus salivarius K12 had resorted to the antibiotic and paracetamol respectively. 30 and 15 times less compared to those not subjected to prophylaxis. Similarly, school absences were 15 times lower in subjects undergoing prophylaxis than in the control group.

The benefit deriving from the use of Streptococcus salivarius K12 was also demonstrated by a further study published in 2022 in the journal Therapeutics and Clinical Risk Management. The researchers also found that the protection against infections from Streptococcus pyogenes remained significant even considering a follow-up period of 9 months.

Finally, the confirmation of the probiotic's effectiveness also came from a pilot study conducted by a research team of the Bambino Gesù Pediatric Hospital in the city: Streptococcus salivarius K12, if used daily for at least 90 days, is useful in preventing episodes. recurrent pharyngitis and tonsillitis, thus limiting the use of drugs (antibiotics) and allowing children to miss fewer days of school or kindergarten.

When to use S. salivarius K12 in children?

In light of the studies published in recent years, the K12 probiotic strain could be used in the following cases:

How long does it take for the K12 strain to work?

To have adequate protection it is necessary to administer Streptococcus salivarius K12 for at least 90 days, in the evening after brushing the teeth. To ensure that the probiotic remains alive it is important to ensure the so-called "cold chain"which consists in storing the probiotic in the refrigerator to ensure a correct bacterial concentration until the product expires.

Are there any contraindications?

Streptococcus salivarius K12 is safe and there are in fact no contraindications related to its use. How would you do before giving your children any supplement, however, always ask for an opinion to your doctor or pediatrician.

TAG:
Stress in the family: here's how to fight it ❯

add a comment of Streptococcus salivarius: what is it and what is it used for?