Symptoms of the first week of pregnancy: how to recognize them 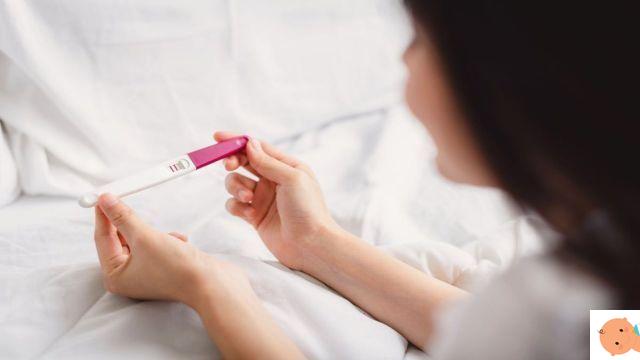 Are you looking for a baby and your period is a few days late? Even before taking the pregnancy test, you may suspect that you have become pregnant by "listening" to the signals your body sends you from the first days after conception. So let's take a look at the symptoms of the first week of pregnancy.

Early pregnancy signs and symptoms could include:

Pregnancy, all that happens in 40 weeks

How does a baby develop inside his mother's body week after week? Being able to observe the miracle of life that is born and grows is an experience ...

When do the first symptoms of pregnancy appear?

Read also: I'm pregnant, is it normal if…?

We can suspect that conception has also occurred from other typical signals such as:

Unfortunately, many of these signs and symptoms are not exclusive to pregnancy, but can also be indicative of a disease or simply the onset of menstruation, hence a PMS. If menstruation does not occur and in case of delay, you can do the home pregnancy test which has a very high accuracy and reliability.

Symptoms of pregnancy in the first months

The first trimester of pregnancy is particularly delicate and is characterized by very evident and common symptoms. These symptoms include, for example:

add a comment of Symptoms of the first week of pregnancy: how to recognize them