Syphilis and pregnancy, how to treat it and what are the risks for mother and baby 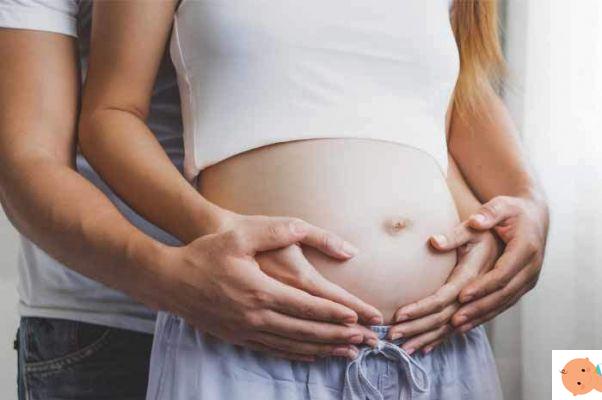 La syphilis, also called Lue, is one infectious disease caused by a bacterium, treponema pallidum, which generally affects the genital organs, but in some cases it can cause other types of disorders and can progress over time causing irreversible damage to the organs.

The bacterium responsible for syphilis is generally transmitted during sexual intercourse, but not only, and penetrates through the mossy genitals, rectum, mouth and throat. If this disease is contracted during pregnancy, or earlier, and is not treated properly, there can be serious dangers for the baby.

Today it is still all too widespread all over the world. Just think that in our country it is one of the most diagnosed sexually transmitted diseases during medical visits and exams. According to WHO estimates, there are about 6 million people affected by syphilis in the world and among them also one million pregnant women.

How do you get syphilis

The different stages of syphilis

Especially in women syphilis is a disease initially not very symptomatic and if it is not treated it evolves very slowly, reaching the terminal stage over decades. Syphilis develops in several stages:

Read also: Peaceful pregnancy, do blood tests to establish the risk of infections

How syphilis is transmitted from mother to child

The mother with syphilis can infect the baby during pregnancy or at the time of delivery (congenital syphilis), as indicated in the guidelines of the Del Paeseni Clinical Microbiologists Association. The risk is lower before the 3rd month and increases as gestation progresses.

The likelihood of vertical transmission of syphilis depends on the stage of the maternal disease.

If mom is not treated, the transmission rate varies from 70 to 100% in case of primary or secondary syphilis. In the latent stage, the possibility of transmission is 40-83%, while in the late stage the percentage drops between 2,5 and 10%. If the woman after receiving the diagnosis is treated promptly, the risk of transmission is virtually abolished, provided that at least 4 weeks elapse between the start of treatment and the birth.

The severity of the infection in the baby will be greater the earlier the mother becomes infected. The consequences of vertical transmission can be very serious and include:

Diagnosis of syphilis in pregnancy

We therefore understood the importance of a quick diagnosis to avoid possible risks for the fetus. Serological tests based on a simple blood sample are used to diagnose syphilis in pregnant women. According to the guidelines of the World Health Organization, a blood sample should be taken at the beginning of pregnancy and then a second examination towards the end. In Del Paese, serological screening for syphilis is also extended to the partner, as recommended by the guidelines on physiological pregnancy of the Ministry of Health.

How syphilis is treated

Syphilis is generally treated with the use of penicillin. In pregnant women, the infection must be treated with antibiotics that do not harm the unborn child. Prompt treatment allows for regression of injuries e prevents the transmission of infection to the fetus. The dosage and duration of treatment depend on the stage of the disease.

Women treated in the second half of gestation, as advocated by the Del Paesena Society of Gynecology and Obstetrics, are at greater risk of preterm birth and / or fetal distress in the event of a Jarish-Herxheimer reaction (febrile reaction that can occur within 24 hours of initiation of therapy) or, more rarely, intrauterine death of the fetus.

If syphilis is not treated

As we have seen, penicillin treatment during pregnancy treats both the mother and the fetus. However, if at least 4 weeks have not elapsed between the start of treatment and the birth, treatment may not eradicate the infection of the fetus that will be born with congenital syphilis.

In fact, untreated primary syphilis involves not only a 70-100% risk of fetal transmission, but also possible fetal intrauterine death (up to 1/3 of cases).

When the baby is born with syphilis infection, it is referred to as congenital syphilis. Depending on the period of onset of symptoms, the following are distinguished:

add a comment of Syphilis and pregnancy, how to treat it and what are the risks for mother and baby