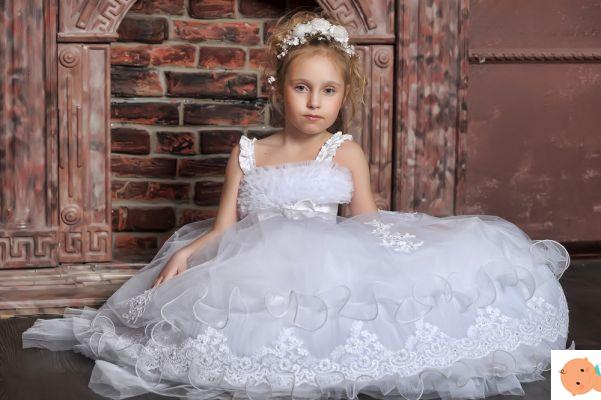 They are strong and touching images, which leave you breathless. A punch in the stomach. How can a little girl or just a teenager cope with the pain of childbirth and motherhood? It's not fair, her place should be at school or at home with her parents.

Uruguayan photographer Christian Rodriguez documented the life before, during and after the birth of some teenage mothers in ...

Uruguayan photographer Christian Rodriguez, 34, had the courage to bring to the fore and denounce the Teen Mom phenomenon in Mexico, Brazil and Uruguay, Latin American countries with a sad record for the number of young mothers. We interviewed him in Madrid and discovered that he himself is the son of a very young mother.

Christian, you made a photo report called "Teen Mom" ​​and which documents the births of teenage mothers in Latin America, particularly in Mexico, Brazil and Uruguay. Your work received the prestigious “Pictures of the Year” photographic award in Latin America. Why did you choose to want to portray scenes of everyday life related to the motherhood of very young women?


For four years, my photographic projects have been in Latin America, my country, as it unfortunately holds a world record for the pregnancies of young adolescents. This phenomenon also affects 10-14 year old girls.

I have carried out my photographic work in three countries: Mexico, Brazil and Uruguay and have personally witnessed 20 natural births and 4 caesareans. (Read also: Cesarean delivery, all you need to know)

Yours are thrilling and engaging images. They hit like a punch in the stomach and have no filters. We know that "Teen Mom" ​​is also your most personal work. Have you decided to tackle this photographic project also because of your high level of involvement?

Yes, I took inspiration from my personal life to work with photography. My projects have a close relationship with my private life. I work on the topic of women, but in particular I have focused on the topic of teenage mothers, first of all because I am the son of a single teenage mother.

In fact, I am interested in looking for and rediscovering my origins, even if it is about leaving a comfort zone. I think it is important to know your past well to understand where you come from, who you are, how you grew up. In my opinion, awareness of one's identity is a way to act correctly in the present.

I lived in Madrid for five years: then I decided to start digging into my past and returned to Latin America. My mother was 17 when she got pregnant. My father was also 17 and disappeared after my mother told him she was expecting a child with him.

I was raised by my grandmother in Montevideo, Uruguay. I met my dad for the first time just a short time ago, after I tracked him down on Facebook. So I was born and raised in a matriarchal society. It is for this reason that I have decided to link my photographic work to my personal life and to work on the theme of women, and in particular of teenage mothers in Latin America.

Is it true how you stated that there are teenagers who wish to become mothers? How is it possible: at that age one should play and go to school?

The reasons are very complex. It is not just a lack of information. I was able to see during my reports, for example, that girls in Uruguay knew how to prevent pregnancy. So this is not a problem of non-existent sex education. Nor is it a question of poor health care or extreme poverty.

In my opinion there are many elements that contribute to the growth of this phenomenon. The first cause can be traced in the drop out of school. In many cases, the girls do not finish their studies and this results in the impossibility of cultural, economic and social growth.

Another element, linked to the first cause, is the absence of a life plan, which can only be made possible by education. In other words, little girls have no alternatives and for them becoming mothers becomes a way to fit into the economic-social context. In short, for them it is a possibility of redemption.

How did you track down teenage mothers who were about to give birth in hospitals?

I went to the hospital clinics and asked the pregnant woman for prior authorization and made sure that the girl's parents themselves signed a written authorization. I spent months in hospitals, I lived with little mothers, staying with them for 10-12 hours a day. What I did was mainly talk to the girls about my project, explain all my motivations to them, telling my story as a son of an adolescent mother. Of course, I didn't take pictures of people who didn't give me their consent.

The girls you photographed in hospital clinics are little more than girls. Did it seem to you that they were aware of their pregnancy or not?

It depends. One thing is the pregnancy of adolescents who are between 10 and 14 years old: they are really unaware girls. On the other hand, when pregnant girls are 14 to 17, they already know they are about to become mothers. I have known many teenagers who wanted to be mothers, so they clearly knew what they were going through. Unfortunately, among the stories of the young mothers I have heard, there have also been some cases of abuse by a family member or a close person.

Latin America has a high percentage of girls who are pregnant at a very young age. Statistics show that there is no adequate social awareness of the problem. What do you think can be done to raise awareness among the population and governments?

As I said, being a mother for these little girls is equivalent to choosing a life project. For them, having a baby is a way to fit into the social ladder. The only way to mitigate this serious phenomenon is to give the adolescents a life plan, to help them finish the first formative stage of school, so that they can have a future thanks to study.

There is a need for a public policy of the governments of Latin America that helps girls finish school and have future prospects, placing them in a social and cultural context. I also add that it often happens that young fathers abandon pregnant girls: inevitably these young women also become single mothers.

For example, I don't want to be a young dad, I want to be a mature and aware father. My sister had a completely different life from mine: she could not finish her studies and became pregnant very young.

Would you like to talk to us in particular about some very young mothers who have caught your attention the most?

I remember a case in Mexico (Oaxaca) in which the father raped the 11-year-old girl, Gloria, who became pregnant. This man also abused his 8-year-old and 16-year-old sisters. In addition, in the Oaxaca area, when a child loses her virginity and is under the age of 14, the family asks the abused person for financial compensation. The worst thing is that you don't think about the psychological consequences. Often we think more about the morality and honor of the family. Unfortunately, very little is said about this problem.

Do you have other projects related to motherhood in mind?

I am currently continuing my work on the “Teen Mom” project and for now I intend to continue making reportages in the countries of Central America and Latin America. This is why I am looking for financial support that will allow me to continue my project.

The photographic theme of motherhood can be incredibly strong and exciting. You have created a reportage of denunciation, at the same time documenting the wonderful gift of life. What was it like working on this theme? What are your emotions?

For me it is not exactly a denunciation, I wanted above all to give visibility to a reality to which people pay very little attention. Especially governments and large institutions do not have long-term policies in this sense. There are some initiatives underway, but a great deal remains to be done. Attending so many births was an extraordinary experience for me, which completely changed my way of perceiving motherhood.

WATCH THE VIDEO on the Teen Mom project:

The Birth- chapter one from Christian Rodriguez on Vimeo.

TAG:
Time with children, the constant presence of the mother is not synonymous with "success" ❯