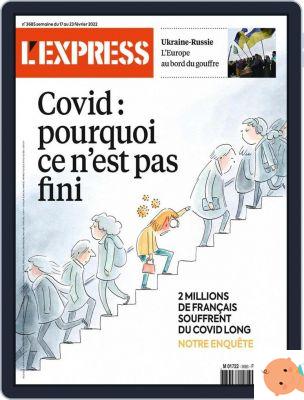 There are those who say that it is easier to raise a boy than a girl, there are those who are convinced of the opposite, there are those who argue that there is no difference because each of the two sexes is capable of causing headaches to parents in some matters details. According to Sarah Cottrell, who is a mother of two boys and has published her thoughts on the Huffington Post blog, girls may be better, or worse, or who knows ... But there are five things that only those who have a son can to understand. (Read When Male and Female Discover They Are Different)

Buying clothes for a boy, he argues, is a ridiculous and irritating business. “Every shop I've ever walked into has rows and rows of coat hangers full of adorable little girl dresses. AND A SINGLE coat hanger of men's dresses. With military or sporting motifs or with a logo so large that from 100 meters away you could tell which brand my son wears. And I hate all of this ". (Read the articles on children's fashion)

Boys love to play wrestling. And if one is 5 and the other 1, they are very attracted to animals. The perfect mix is ​​playing forest lions, especially if they've just seen themed cartoons, like the Lion King. “But trying to explain to them that lions fight OUTSIDE the house and not inside is a losing battle. The 20 times a day spent to remind them that you can't fight roaring and scratching yourself to determine who has the right to reign over the living room are words thrown away ". (See also Piccoli Rambo, how many times in the ER!)

Girls may like certain games too, but a boy is 1000% likely to like them: "They are less than zero interested in any activity unless they find that there is a chance to make a noise or get dirty. . At that point their attention is total, and nothing can distract them. If you have a garden, it has rained and they have just seen a documentary about hippos, rest assured that they will run and throw themselves in the mud, they will try to bury themselves in it and then they will throw it on themselves. Because? Because hippos do this, of course… ". (You may be interested in Boys are more prone to diseases and allergies)

4. Any object can fly

It is not true, of course, but if the mother says so, the boys do not believe it. They have to check for themselves. And then they will throw everything from toy cars to books, from laundry baskets to toys into the air, trying to make it fly. "My terror is that sooner or later they will call me from the emergency room telling me that my son broke his arm when he jumped from the garage roof to try to fly with a pair of cardboard wings after seeing Leonardo Da Vinci's projects" . (See also Why Are Children Sometimes Ruthless?)

Obviously this also applies to girls, but "when a boy has spent the day running, jumping, shouting, getting dirty and dirty around without a minute's rest, in the evening when he is tired and curls up against it, the feeling is the sweetest that exists ".

But if Cottrell summarizes the "masculinity" in 5 points, there is a blogger Del Paesena, “Klarissa”, which in a post on 50sfumaturedMyModernsParents.com gives a more general idea of ​​what having a son is like.

6. That fixed thought for cars is 'chicks'

According to Klarissa, “the males are known to be stinking right from the start. They are MALE immediately. Less than a year old they already recognize the make and model of the cars, not all of them, of course, but that of dad, grandfather and uncle yes. And you have to take note: cars and babes run in his blood as early as 10 months ".

7. The passion for worms

And to those who think that even in boys there is a romantic side, Klarissa says that "having a son means walking in the rain with him, your little man ... Think of how romantic it can be, think of the ticking, the smell some grass ... no, no and then no. Having a son is walking in the rain and ... looking for worms. Yes, because you know, when it rains, the worms come out. And the males are there looking for them ”. Naturally, the little one must be taught that “animals are not cruel. Even with worms, for example, you have to be careful not to step on them. 'Mom, think if you crush a fat one with a heel. Bleaaaaaaaaaaaaah! And maybe he gets stuck! ' God, please, no. Do I have to tell you that you will spend the day looking closely at the ground, with this nightmare? And will you check that you don't have heels with spit-like worms stuck in? ".

There's more? Yes sure. But he only turns out… living with a son!

TAG:
The 8 keys to guaranteeing your child a carefree and joyful growth ❯