The birth, live with the experts 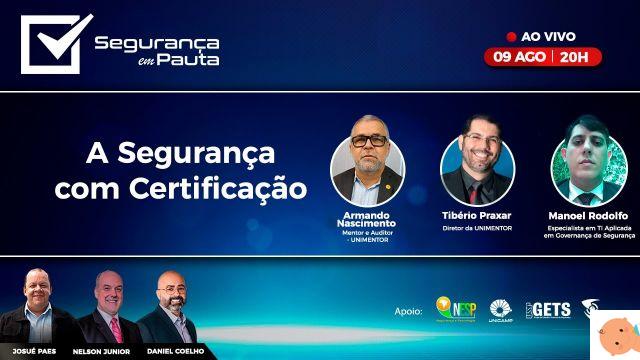 Help, I'm about to give birth. How do I know when it's time to go to the hospital? Do I have to prepare myself somehow? What if the baby doesn't want to be born? What will happen to me as soon as I arrive at the hospital, especially in this year of Covid-19? Will I have to be alone or will someone be able to keep me company? Does it really hurt that bad? What can be done to relieve the pain? What if the baby eventually doesn't come out? Will they give me an episiotomy? And the caesarean, when is it needed? I have had a caesarean, can I now have a natural birth? I'm afraid, what can I do?


Live with the experts

Even if there are those who feel ready and safe, there are so many questions, insecurities, worries that mothers can feel as the time for childbirth approaches. Don't worry: we will try to reply live on our social channels Wednesday 8 July at 15pm with our experts Patrizio Antonazzo, director of the Obstetrics and Gynecology Operational Unit at the Bufalini Hospital in Cesena e Subtle Guild, midwife coordinator at the same department. Prepare your questions, which you can start emailing redazione@mymodernparents.com.

And this time we have an extra surprise: to introduce the question and answer session there will be a special guest, the writer and blogger Enrica Tesio, at the age of 41 on the verge of her third pregnancy, who will tell us how she is living the last few weeks awaiting the arrival of her baby. Soon!

The only unnatural birth is the one that makes you feel like an inhospitable mother (E. Tesio)

Who will be our guests

After completing the classical high school in Lecce he graduated in medicine and specialized in gynecology and obstetrics at the University of our city, where he also obtained a PhD in prenatal development sciences, diagnosis and fetal therapy. He was in charge of the birth at the Sacco Hospital in our city and since January 2022 he has been director of the Obstetrics and Gynecology Unit of the Bufalini Hospital in Cesena.

The last child of a very large family (7 children), she obtained the title of midwife in 2000 at the Federico II University of Madrid. She moved to Emilia in the city in 2001, after several work experiences she stopped at the Bufalini Hospital in Cesena. She worked mainly in the delivery room and in 2022 she was appointed obstetrics-nursing coordinator of the ward staff of the obstetrics and gynecology operational unit. She feels very lucky because she believes she is doing the best job in the world, being convinced that guarding the birth can lay the foundation for a better world.

She is a blogger and writer from Turin, she has two children (a third on the way), two cats and a mortgage. She has a degree in literature with a film address, she has been a copywriter since she was 20 years old. In 2022 she published for her Mondadori The truth, I explain to you, about love, from which a film was made under the direction of Max Croci. In 2022 she came out Twelve memories and a secret (Bompiani) and in 2022 she published the collection of poems Filastorta d'amore. Fragile rhymes for resistant women (Giunti) which has become a theatrical show.

TAG:
The passport of the newborn: how to do it and what it is needed ❯

add a comment of The birth, live with the experts