The breaking of the waters in pregnancy 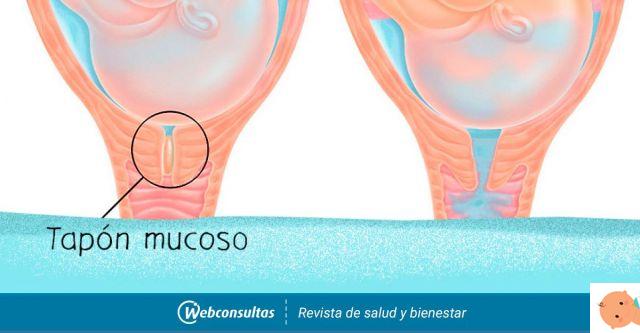 Rupture of water or rupture of membranes

Breaking of the waters? The correct expression is rupture of membranes and indicates the leakage of fluid from the amniotic sac which, like a balloon, contains the fluid in which the fetus is immersed. It is an eventuality that physiologically yes occurs at the end of pregnancy or in labor and heralds that the birth is near.

A sudden sensation of wetness, as if you had poured a cup of water on your briefs: no doubt, the membranes have broken. It is an event that usually occurs at the end of pregnancy and heralds that the baby is about to be born: "The rupture of the membranes in fact in most cases occurs when labor has already begun, the uterine neck dilates and the membranes are subjected to the tension induced by the contractions and thrusts of the fetus" explains Anna Franca Cavaliere, gynecologist at the Gemelli Polyclinic of the city.

Read also: Childbirth begins: when to go to the hospital?

If the membranes rupture before labor, you need to go to the hospital

Less frequently, for reasons not yet clear, it can happen that the break occurs before the contractions started.

"Even if labor has not yet begun, when the membranes rupture it is necessary to go to the hospital, where the woman will be hospitalized" specifies the gynecologist: "this is because the integrity of the amniotic membranes guarantees the sterility of the intrauterine environment and, with their rupture, the amniotic cavity can be colonized by pathogenic microorganisms that could - after several hours - cause infections ".

For prophylaxis, in the hospital it is possible to opt for one antibiotic therapy: the timing varies according to the individual situation and the protocols followed by each facility, but in principle, if there are no risk factors (such as prematurity of delivery or the presence of group B beta-hemolytic streptococcus in the vagina , rectal or urinary), you can wait up to 18 hours before starting antibiotic therapy. If, on the other hand, there are risk factors, prophylaxis must be started promptly, as well as the induction of delivery will be planned in a short time, if in the meantime the labor has not started spontaneously.

Sometimes the membranes are ruptured voluntarily.

If, in advanced labor, the rupture does not occur spontaneously - perhaps because the membranes are particularly resistant - or if labor proceeds slowly, the obstetric team may decide to voluntarily cause the membranes to rupture (in medical terms it is said amnioressi), using a painless and harmless tool for both mother and baby. With amniorexes, the times of birth are accelerated on average, since the rupture of the membranes triggers the production of prostaglandins, which stimulate contractions.

Another reason for which it can be decided to determine the rupture of the bag and to evaluate the characteristics of the liquid: a 'red' liquid, that is, which appears yellow or green, may in fact be the sign of fetal suffering, which could lead to accelerate the time of delivery.

Does the woman always realize that she has ruptured the membranes?

"Generally yes, because the loss of fluid from the genitals is much more abundant than normal vaginal secretions, which are more abundant even in pregnancy" replies the gynecologist. "However, the amount of fluid that is lost can vary according to the point in which the membranes break: if, as happens in most cases, the break occurs at the bottom, near the uterine neck, the leak will be abundant and continuous; if, on the other hand, it occurs in a high point of the uterus, the leakage will be much more limited and gradual.

For this reason, in case of doubt, it is always advisable to consult with the gynecologist and eventually go to the hospital ".

Read also: How to recognize the breaking of the waters TAG:
The magic box: a method to improve relationships with children ❯

add a comment of The breaking of the waters in pregnancy