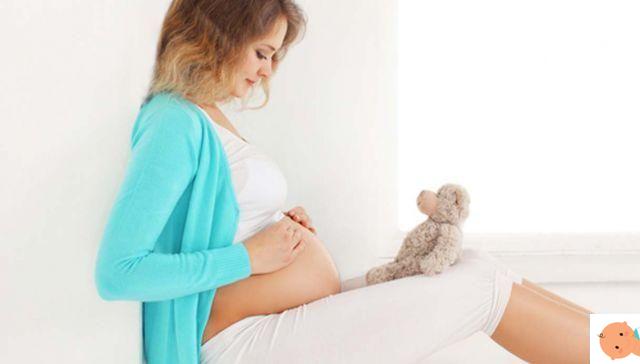 The relationship between baby and the outside world it begins well before birth, since as early as the second trimester the fetus may be able to perceive the stimuli coming from the surrounding environment. It is no coincidence, for example, that the language spoken by the parents, it engraves a trace in the memory of the child even before this has actually come into the world.

This early sensitivity was further demonstrated by a Scottish study by University of Dundee which however, instead of orienting itself on the development of language, has taken into consideration the "tangible" perceptions of the fetus.

Photo-reportage inside the belly: this is how a baby is formed (PHOTO)

Real images, made with the endoscope, a rigid tube that serves to observe the internal cavities of the body. And it was in endoscopy that these photos of embryos and fetuses were taken in the ...

According to research published in the journal Infant Behaviour And Development in fact, babies would be capable of recognize the touch of the maternal caress already inside the belly.


Monitoring with a video a three-dimensional ultrasound the behavior of 28 fetuses, 15 in the second trimester of pregnancy and 13 in the third, the researchers wanted to record reactions of future babies by placing them in front of four different situations: in the first the belly was touched by the mother, in the second by the father, then by a stranger and in the last there was no contact.

Read also: How to convey your emotions to the fetus during pregnancy

The tools detected a major reaction when the touch happened for maternal hand. Even the largest fetuses showed one response even more pronounced, Complete with approaching the walls of the uterus in order to better enjoy the loving caress.

According to scholars, such a difference in behavior could be caused by the maturation of the central nervous system, thus highlighting how already from the second trimester the fetus develops what is called in jargon "proprioceptive self-awareness", that is the ability to recognize the position of one's body within space, with exponential growth as the moment of delivery approaches.

TAG:
The causes of colic ❯

Cephalic position: what it looks like and why it is the best for giving birth

True node of the umbilical cord: what it is

Moxa for breech babies: how to spin the fetus