The child has a "strong" character, 6 tips to manage it 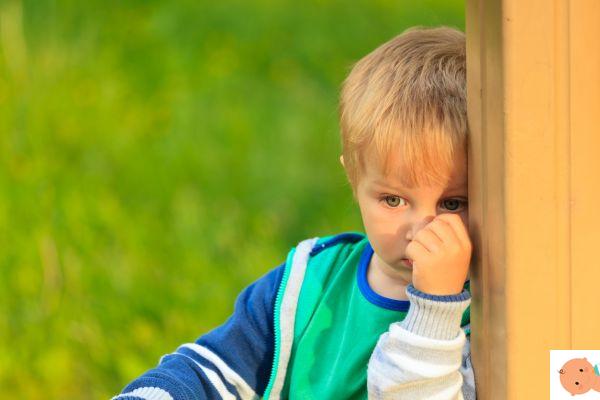 “My son is six years old and what could be defined as a strong character: he always wants his will to prevail, he is very touchy, he reacts badly with those who offend him and sometimes you have to remain calm to take him in the right direction. I don't know how to behave to manage it better ... "(Francesca)

Often behind a strong character can hide the difficulty of growing ...

"Behind this imposing and apparently 'omnipotent' attitude, however, the difficulty of growing up and detaching oneself from the parental figure often hides of reference, especially from the maternal one, to undertake a true emotional growth ".

Read also: How to stimulate autonomy in children?

… And find your own identity


"During this process, the child inevitably encounters difficulties, which he can manifest in different ways, even opposite ones" points out Rosanna Martin: "there are those who become introverted, shy and openly prefer the protection of the parental figure, who, on the contrary, he tries to assert himself by exceeding in 'tough' behaviors, almost as if he wants to convince himself that he can easily get out of his shell, while also controlling his own emotions. It is no coincidence that they are children who, at the entrance to kindergarten, do not cry and apparently do not seem in difficulty, when instead they are simply trying to react to the pain of separation that they feel exactly like their peers.

Read also: Children: what to do if one of the two is overbearing

A tough attitude to keep everyone attached to him

“It can be said that the 'strong' type uses the mechanism of control as a tool to calm his insecurities, as a snare to keep everyone attached to him. The child seems to develop the awareness that: "if everyone does what I say, I don't run the risk of being alone", for fear of not having other ways to keep the people he loves "comments Martin. 'Strong' and 'weak' are therefore nothing more than two sides of the same coin and do not characterize positive or negative aspects of oneself but simply different strategies for responding to growth ".

Read also: The child has a "weak" character: 5 tips to "strengthen him" Sometimes it takes its cue from family dynamics
Some family dynamics can also affect the child's behavior. For example, if the father is less present in the couple and a very close mother / child relationship is established, it will be more difficult for the child to break away from the mother and evolve. Similarly, if reactions of anger and aggression are often used in the home, the child perceives that certain attitudes can be used to assert himself with others.

How to deal with a strong character child

1 - Do not be afraid of his aggression. Often the parents, fearing the reactions of the child, avoid contradicting him or setting limits, without realizing that in this way they become subjected to a child who rises to the role of the small tyrant of the family.

2 - Do not comply with every request. It is important that the parent is clear about his educational goals and pursues the path he has chosen with authority, without giving in to any protest. For example, if he establishes that his son goes to bed at 21 pm, he explains it to him calmly, accompanying him to sleep with playful ways and with the classic bedtime rituals, but without exceptions on the time.

"It is certainly more tiring to be authoritative and to maintain one's position rather than letting go, especially when you return home tired after a day of work and other problems that run through your head, but it is with the coherence of behavior that the child learn the rule. If, on the other hand, we leave the scepter of command to him, he will understand that arrogance and insistence are the ways in which he can always have everyone at his disposal ”explains the psychotherapist.

Read also: Why it is important to give rules to children

3 - Do not adopt unequal treatment between siblings
Parents often tend to be more rigid with the first-born ('you are big, you have to be patient!') And a bit wider than their sleeves with the second ('you have to understand that, he's still small') without realizing that this way they do nothing but feed the child's self-centeredness and arrogance.

Read also: How to deal with jealousy between siblings


4 - Do not let yourself be held back by feelings of guilt
Especially if they have been away from the child all day, when they return home the parents tend to leave the child to manage his time, as if to excuse himself for their absence. A position of weakness that the child immediately realizes, taking advantage of it to dominate. "Let's put aside feelings of guilt and place an emotional but authoritative containment in the face of the child's authoritarian attitude, making him understand that the parent knows what must be done and he is in control of the situation" says Rosanna Martin. "Because children need our security to overcome their insecurities" says Rosanna Martin.


5 - Help them put themselves in others' shoes
If at the park he always wants to play games without respecting his turn, if with his friends he always wants to decide what to do, if in a fight he always wants to win, let's listen to his reasons, but then let's invite him to put himself in the shoes of others. And maybe even to reflect on how he would feel if he were to suffer that behavior.

Read also: Child excluded from the group? 8 tips for parents

6 - We don't always agree with him
If he tells us something unpleasant that happened with a teacher or an instructor, we do not always agree with him, perhaps in the desire to please him and not to cause him frustration: the child must have a positive idea of ​​the adult figures of reference. Otherwise he will believe himself to be 'omnipotent' even towards them!

Read also: The teacher (or the teacher) hates the boy: what to do TAG:
The child learns to walk: the first steps ❯

add a comment of The child has a "strong" character, 6 tips to manage it