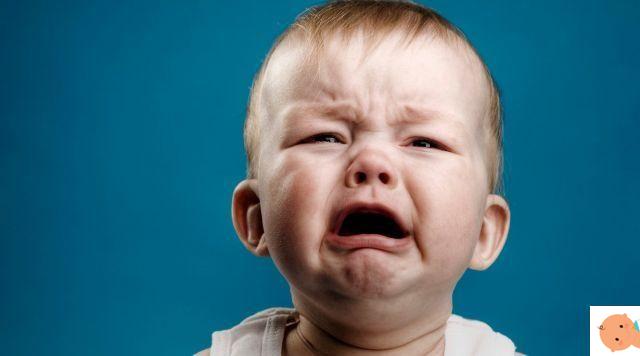 It often happens: the child who in the pool and in the bathtub would wallow for hours and last year at the sea he was a little fish, in the first days of vacation he seems to have forgotten everything: the sea frightens him, he is afraid to wet his face, sometimes it does not go beyond the shoreline.

"It is normal for younger children to feel afraid, first of all from the fact of not seeing the boundaries of that immense undulating expanse that makes noise - says Simona Borgomaneri, aquatic animator for early childhood -. Furthermore, the water is colder than that of the pool and the currents cause temperature changes ".

Underwater children: the expressions of 13 little ones swimming in the pool

What a thrill to see these children swimming underwater as if they were in their natural environment. Eyes open, mouth closed or with the tongue out, enjoy a lesson in ...

The situation can be nervous, but it is better to resist the urge to force them, to avoid blockages that ruin the summer a little for everyone. "The first few days it is better to approach the sea by keeping it close, to make it wet its feet, to help it play by jumping the small waves.

On the other hand, it has often happened to me to see fathers too insistent; some, for example, cause the baby to put his head under him by suddenly lowering himself while holding him in their arms. But the game scares the child who feels betrayed, "continues Borgomaneri.

Respect, therefore, of the times of the little one who achieves safety in the water much more quickly and feels that the adult next to him is calm and relaxed. We must also control fears, to avoid transmitting them: "It often happens that the little one ends up underwater for a moment. If the mother reacts with a brusque movement and a terrified facial expression, he will have the confirmation that what he is doing is dangerous. Mom is her main source of safety. "

A very important secret is to check the "grip" of the hands: try to support the child by keeping the hands much more relaxed so that he does not perceive tension.

It often happens that you try to teach your child to swim by holding him horizontally in the water and supporting him with one hand under the abdomen. "At least initially it is a tiring situation for the child, who even after the age of three uses little of his arms to lean on the water and support his head.

The ideal position to start moving in the water is the oblique position, in which the child's balance is more stable and the head can stay completely out of the water. To obtain it, you can suggest that the child try to move his legs as if he were on a bicycle and use support materials such as armrests or colored tubes ", says the aquatic animator.

However, it is better not to overdo it with life jackets and supports: "There are children whose mothers put on the armrests as soon as they arrive at the beach and take them off only when they leave. It is important that the child experiences the sensation of being free in the water" . Then, when the little one has become familiar with the water, you can try to make it float without support.

How? "Let him lie on his back in the shallow water and support him with your hands, perhaps presenting the possibility as a game. But be careful, if he shows he is afraid, do not insist".

TAG:
The child took a hit on the head ❯

add a comment of The child is afraid of water