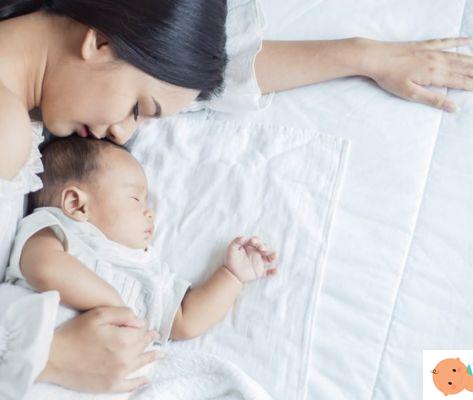 Destined to arouse no little fear in parents, the febrile seizures they are a consequence of the sudden onset of high fever. They affect about 5 per cent of children aged between six months and four years of age and are favored by familiarity.

The symptoms are unambiguous:

Read also: Tremors of the newborn

Some studies have suggested the existence of a genetic predisposition. Often in the family there have already been cases of seizures in siblings or parents.

During the crisis, the child should be kept lying on the bed and turned on its side. As soon as the crisis resolves, paracetamol must first be given to bring down the fever. After that it is advisable to go to the emergency room.

After a first seizure episode, parents are advised to keep a sedative preparation based on benzodiazepines in suppository, to be used in case of subsequent crisis. The suppository should be put on from the first appearance of the convulsion.

Up to what age do they show up?

The episodes can recur even two to three times in the first years of life, but they generally disappear definitively by the age of 5.

Advice from Leo Venturelli, family pediatrician, author of numerous publications on outpatient pediatrics and co-author of popular books for parents including A child is born, The great encyclopedia of the child, From 0 to 6 years, a guide for the family

TAG:
Cribs for the newborn: here are 10 models to choose from ❯