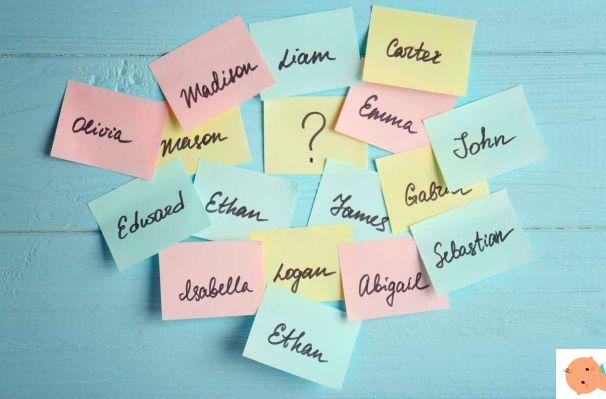 My little prince chose his name by himself: Francesco!

I have never had particular predilections for the names of any children as a girl simply influenced me the character of the moment man or woman who was! When with my husband Mirco we discovered that we were "pregnant" (as we say) we had decided to wait to find out the sex of the child before launching ourselves in choosing the name. So in September 2009 they tell us that he was a boy (and we were sure of it from the start!) We established that we would give a simple name to pronounce to prevent grandparents or anyone from crippling him. Like this we started by compiling a list of names that we liked: there were about ten.


Next we have eliminated together those that convinced us less until they have only two names in November: Samuele and Francesco. I said to my husband: "Now you choose. You will be the one to communicate the name at the moment of birth", because I also wanted the father to have a decisive role for our son, and we have not talked about it anymore.

Nobody knew what the baby's name would be. But every day while I was alone with my belly on the bed in the morning, I asked my little fish which name he preferred and punctually every time I pronounced Francesco he gave a sharp blow to the belly of the stomach!

I therefore began to think about how much as a child I was fascinated by the canticle of the creatures of St. Francis, how much fascinated me by that son who had the courage to oppose his father, to abandon everything he had. I thought of his generosity, love and respect for nature. I did a research on it at school, I had a picture of him in my room. On our honeymoon on the road we made a stop in Assisi. Who knows why ... In my house that year I had a calendar of St. his radiance and joviality, and whoever knew him always told me how good a person he was, so much so that I was fascinated to hear about him as children listen to fairy tales ...

For me they were signs, but I never said anything to my husband. On the day of the birth, January 10, 2022, I had to do an emergency caesarean section and while I was being given the pre-anesthesia I did not have time to talk to him as he could not enter the delivery room. When I began to wake up from the anesthesia I asked still unconscious: "How is the little one?" and he: "Francesco is fine, he is beautiful. They will bring him soon".

The chair of reflection: is it useful or not? ❯