The ideal diet for children aged 0 to 3, according to environmentalists 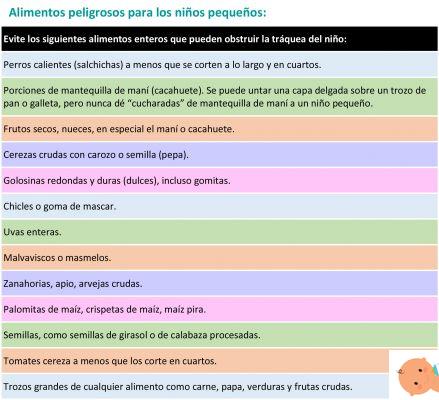 What is the perfect baby food from 0 to 3 years? According to environmentalists, it is the one that contemplates exclusive breast milk for up to 6 months; that in the weaning period limits animal proteins a lot, favoring organic meat and local small fish and that up to 12 months completely excludes the use of salt, potatoes, tomatoes, aubergines and peppers. In addition, baby food and industrial foods in general, sweetened herbal teas and white sugar are prohibited for up to 3 years.

These are the guidelines contained in the vademecum, distributed as part of the Mangiasano campaign of 2022 in 20 Del Paesene squares, developed by the environmentalists of the Vas non-profit organization and by the farmers of the Del Paeseni Farmers' Confederation (Cia) to promote food security and agriculture based on biodiversity, attention to natural balances and the balance between innovation and tradition.

"An improper diet" say environmentalists "not only increases the risk of obesity, but also exposes children to substances that are harmful to health".

Here are the main tips for perfect baby nutrition 0 3 from in years.

1) Up to 6 months only mother's milk. Solid foods and drinks prohibited

Only and exclusively breast milk, on demand. It is not necessary to introduce any solid food, nor any liquid drink. (Read 10 Myths About Breastfeeding)

The baby begins to mature, at this stage, the nervous, gastrointestinal and renal systems and therefore can begin to receive solid foods, without interrupting breastfeeding (which can be continued with great benefits for mother and child over two years of age) .

In particular, the following are recommended:

Important: do not exceed in animal proteins: yogurt and cheeses, meat and fish, in small pieces, checking the origin and preferring organic meat and small local fish.

3) Up to 12 months no to cow's milk, tomatoes, potatoes, aubergines, peppers

In the first 12 months of life, avoid cow's milk, because it has little assimilable nutrients. Yogurt, ricotta and cheeses are more digestible. Furthermore, as long as the baby is breastfed, he does not need other types of milk. (You may be interested in Milk for babies after 12 months)

Furthermore, environmentalists say to avoid Fr.tomato, potato, aubergine, pepper because they belong to the Solanaceae family. Solanine is a toxic substance for the nervous system.

Honey should also be avoided because it may contain botulinum spores.

Finally, as for the salt, according to the environmental handbook, it is not necessary to avoid completely salting the child's food, but it is important to create good eating habits using a little salt for the whole family and preferring other flavorings such as aromatic herbs.

4) No to industrial foods, sweetened herbal teas and white sugar

According to environmentalists, the following must be banned:

5) Vary the cereals and prefer fresh, organic and local products

The general advice is to vary and use fresh products as much as possible. That is, to provide the child with a varied diet, for example, in the case of cereals, do not limit yourself to cooking, pasta and pasta, but vary with rice, oats, barley, spelled, corn, etc.; always prefer fresh products, local, organic and not refined by industry, to ensure the health of children and the environment. Finally, follow a healthy family-level diet, because example is the best school.

Until when should I give breast milk to my newborn?

Up to six months. It is not necessary to introduce any solid food, nor any liquid drink.

Can cow's milk be given to babies up to 12 months?

No. In the first 12 months of life it is necessary to avoid cow's milk, because it has little assimilable nutrients. Yogurt, ricotta and cheeses are more digestible. Furthermore, as long as the baby is breastfed, he does not need other types of milk.

TAG:
The diet for the nursing mother ❯

add a comment of The ideal diet for children aged 0 to 3, according to environmentalists