The importance of the child's early relationships with parents 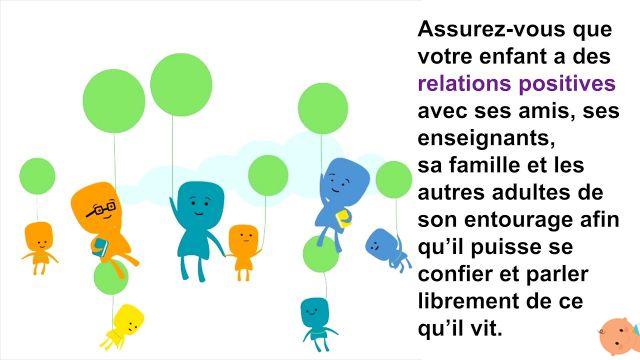 The first two years of life are, inevitably, the time when children forge bonds with their parents or caregivers. But that's not all: in this period, children's brains develop very rapidly and the little ones make enormous strides in psychological and cognitive development, learning to relate, understand others, speak, behave, manage emotions ... Ultimately, these first two years have relevant and long-term effects on the future life of the child and it is precisely in this period that the book The first relationships of the child (Raffaello Cortina, 2022) by the English psychologist and researcher Lynne Murray deals.

After observing the behavior of some families for some time, Murrat came to the conclusion that the interactions of parents with their children are fundamental to their development. "Studies show that different ways of responding to a child's needs are associated with different developmental outcomes," says the expert.


Read also: Needs or 'whims'? How to react to the baby's cry

In particular, i "sensitive" parents - that is, those who are able to identify with their children and understand their needs and their emotions - contribute a lot to their development. Sensitivity, in practice, means the fact that, immediately, the parent takes the newborn in his arms and exchanges the first glances with him, imitates his expressions, tries to understand if he is hungry or if he needs to be changed, reassures if she cries and so on. Well, it has been seen that this empathic attitude of the parent favors the growth of the child in all areas. Let's see in detail some aspects of this attitude.

1. The first social bonds develop through the 'face to face' with the mother

The basis for developing a relationship bond with the newborn starts from "face to face" with the mother (or whoever takes care of her). It is in these first glances that the little one sees himself reflected in the face of the adult. Parents, often unconsciously, watching him imitate his own expressions, activating the so-called mirror neurons that contribute to making him feel self-confident, to understand his emotions and the needs that he sees reflected in the adult's face.

Another behavior that parents implement in the first months in the "face to face", in addition to imitation, is the "marking" of the actions of the child: for example, a mother who smiles and says very well to her child that she had her first smile. The to mark with vocalizations and facial expressions the appreciation for the child's action, helps to create in the small the idea of ​​the meaning that his behavior has for parents.

2. Sensitivity and empathy with the child: this is how a secure attachment is built

...and it responds adequately to his needs.

For example: she holds him when he cries in despair, feeds him when he's hungry, hands him a toy that has caught his attention. "The child with secure attachment he has confidence not only in the fact that the parent is available, but also that he will support and comfort him in case of need, managing to alleviate his suffering. "This is why the child with secure attachment is not afraid to show his vulnerability, because he knows who in front of the parent can cry freely and seek in him a contact, a hug that will comfort him.

The experiment: the "strange" situation


Several experiments showed that children with secure attachment left by their mother alone in a strange environment, for example an unfamiliar room, they cry and look for their mother. When the mother comes back and reassures the baby, he takes safety and starts to search the environment.

Children with insecure attachmentOn the other hand, when the mother leaves the room, they do not cry or look for her or they engage in stereotypical behaviors such as banging their heads or rocking back and forth: signs of distress and disorientation.

Another key factor in creating a secure attachment is "the parent's ability to reflect on the child's experience and to accurately perceive his emotions and intentions. "That is, the parent must show with facial expressions, with a calm tone of voice, with reassuring physical contact, to understand the difficult moment that the child is going through.

For example, if a newborn cries, the parent, instead of getting agitated, should try to soothe him with a "face to face" in which he expresses his understanding, "marking" the facial expressions to make him feel understood and supported. Then he can pick him up to comfort him.

With older children this same understanding or "empathy" must be achieved through dialogue, for example by saying to the child: "I know that you are very angry, even if I were in your place I would be, but you will see that we can do something to make it better ...". Naming negative emotions helps children recognize and overcome them.

3. Recognize the child's negative emotions to teach him self-control

One of the most difficult tasks is teaching children to manage stormy emotions and develop self-control. The recipe for helping a little one develop these skills is the same as for secure attachment: it all fits in the parent's sensitivity to recognize negative emotions of the child since he is newborn, reflect them in the "face to face", show him the right support, console him and contain him.

"A sensitive support from the first months of life allows us to predict a better capacity for emotional and behavioral regulation in the later stages of childhood and a lower frequency of problematic behaviors in the first years of school".

Read also: Children's whims, how to manage them from 0 to 16 years. The secret is empathy

As the child grows, the parent helps him regulate his behavior and emotions through dialogue, explaining why certain behaviors are desirable and others unacceptable and talking about the emotions experienced in difficult situations.

How to stimulate the psychophysical development of a child, from 0 to 2 years

The first two years of a child's life are very important to lay the foundations for a secure attachment and to foster the development of fundamental motor, linguistic and cognitive skills ...

4. The parent who responds promptly to the child's needs contributes to his or her cognitive development

... especially if you assist him in the satisfy the curiosity towards the world around him.

The parent who responds promptly to the child's signal (gives contingent responses), allows the child to notice the connection between signal and response. This relationship makes the little one understand that there is a link of cause and effect, very important awareness for learning. According to some studies, in the presence of contingent parental responses, the child shows not only better attention and learning skills, but also better performance in homework.

The first contingent responses of the parent occur unconsciously in the "face to face" with the newborn: imitating his expressions or marking them. Later when the interest passes from the parent's face to the objects, a contingent response may be to approach a game that has caught his attention so that he can see it better and touch it.

Another sensitive and useful attitude for learning is that the parent is a support in games, for example by passing the building bricks to the little one or by placing the box in the correct position in which to insert the geometric shapes ... Obviously without replacing the child, but letting him do as much as possible.

Read also: The game? An ally to dominate reality

Parents, the expert always explains, can also actively contribute to language development of the child describing in words everything that attracts the child's attention. For example, if the child looks at the sofa, the parent can say: "that is called the sofa, the father always sits there, it is green, like a lawn ...". Then when the child begins to speak and says wrong words, it is better not to correct him, but to repeat the correct word or verb form.

The importance of books for the cognitive development of the child


Books can also play an important role in cognitive and language development. According to Lynne Murray it is above all with a reading in dialogical form that you have the greatest benefits. In practice: starting from the text and images, parents encourage the child's active participation, for example by looking for a link between what he sees in the book and himself or other experiences (car depicted in the book and mom's car).

But beware: reading is not just a moment of developing cognitive skills, it is also a moment to cultivate the imagination and to deepen and discover emotions. "Reading a book together is a unique opportunity to share emotions and ideas".

Watch the video: "How to improve children's attention"

How does the relationship bond with the parents begin to develop for the child?

In the first glances the little one sees himself reflected in the face of the adult.

How can the parent create a secure attachment with the child?

The parent must show with facial expressions, with a calm tone of voice, with reassuring physical contact, to understand the difficult moment that the child is going through.

TAG:
The importance of having breakfast with children ❯