The influence of the season 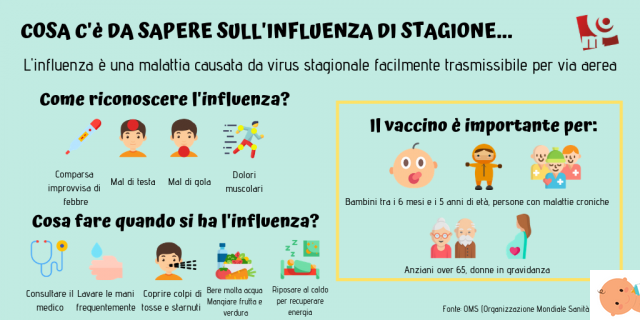 The flu this season will be dominated by three viruses, including the so-called swine circulating for the first time in 2009 and is expected to affect 4 to 6 million people. The advice of Fabrizio Pregliasco, virologist of the University of our city.

What influence awaits us this year?

It will be a somewhat more lively flu than last year, because it will be caused by two new viruses, one American and one Australian, in addition to the so-called swine, caused by the AH1N1 strain, which by now has already had the bulk of the spread in recent years and no longer arouses the concerns of 2009 (without considering that those who have already been vaccinated in past years do not run the risk of contracting it again).


Due to the presence of the two new strains, it is expected that the flu will affect 4 to 6 million people this year, more than in the 2022/2022 season, when less than 4 million were affected.

Is it true that a new swine flu is spreading?

Isolated outbreaks of new variants of swine, derived from the H3N2 strain, have been identified in the United States, but only breeders who had been in close contact with sick animals were affected by the virus; so far the transition from man to man has not occurred and it is not certain that it will occur.


In any case, especially after the experience of H1N1, today we have a very careful surveillance system and, even if the transition should occur, it will be time to develop a suitable vaccine.

When will seasonal flu arrive?

The peak, as usual, is expected after Christmas, even if flu-like 'cousins' viruses are already circulating, taking advantage of the sudden changes in temperatures of these days.


We will see what the climatic trend will be, because the flu needs constant low temperatures to 'leave', even if the close contacts of the Christmas holidays are already an excellent vehicle for the transmission of viruses.

What are the symptoms to recognize it?

How is the flu treated?

Also in this case they are the same as always recommended: paracetamol only if the fever exceeds 38-38,5 or you feel particularly dejected, and above all rest at home.

No antibiotics - which are not effective against the flu, which is caused by viruses - unless a bacterial infection identified by the doctor occurs. To relieve respiratory symptoms you can resort to fumenti with water and coarse salt or bicarbonate or aerosol with physiological solution, which help loosen the mucus.

When is vaccination recommended?

For the categories at risk, including children suffering from chronic diseases and pregnant women, to whom the vaccine is administered as a precaution only from the second trimester.

For children who are not considered at risk, it is necessary to evaluate with the pediatrician the opportunity of the vaccine, also taking into account the people who come into contact with the child: if the grandmother with a chronic disease spends most of the day, vaccinate the child. baby is an extra protection that is also offered to the grandmother.

And what about the vaccines that were withdrawn from the market a few weeks ago?

It was an excess of zeal, only it was poorly communicated and therefore misinterpreted. It simply happened that two batches of the vaccine produced by Crucell were not perfectly sterile and for this reason, as a precaution, the entire production was withdrawn.

As far as the Novartis vaccines are concerned, some 'lumps' were found in some batches which, however, can be considered absolutely normal; As a demonstration of this, a few days ago AIFA (Agenzia Del Paesena del Draco) issued a note in which it emphasized that following the investigations carried out, the ban on the use of flu vaccines manufactured by Novartis was removed, even if it must be specified that the 'indicted' lots have never been distributed and therefore have never been on the market.

All this shows us that there is a very high level of attention and extreme rigor in the controls and that the vaccines placed on the market are safe.

If you want to talk about it with other mothers or ask your pediatrician for advice online, enter the Forum

TAG:
The flu has passed: when can the child go back to school? ❯

add a comment of The influence of the season