The "Monchhichi" are back, from today the new animated series 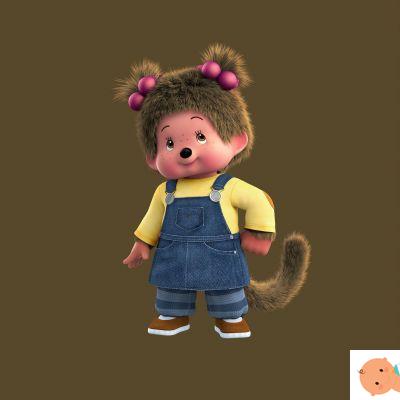 Record in "Monchhichi", also known as Weather in Monciccì, that is the dolls produced in Japan that in the Eighties also inspired a famous cartoon?

I "Monchhichi", a real cult since the 70s, are finally returning to Del Paese as a "cartoon": the episodes will be broadcast on FRISBEE (digital terrestrial channel 44, Discovery Del Paese) from Monday 11 June at 18:30 pm. Each episode, in CGI animation, will take viewers into the world of "Monchhichi", where dolls create and protect children's dreams.

READ ALSO: 80s games collected by a collector from Palermo

The new episodes (15 minutes each) tell the funny adventures of a community of monkeys who protect the dreams of children around the world. The "Monchhichi" all live together on the tree of dreams. Unfortunately, the lizard Aikor intends to appropriate the fruit of the tree and dominate the kingdom of monkeys. With courage, teamwork and determination, the trio of Kauri, Hanae and Willow will be able to protect the dreams of children. Friendship will be the basis for their success!

"Monchhichi", the cartoon from the Eighties

The "Monchhichi" (this is the original Japanese name) became famous thanks to the animated series of 1980, whose original title is "Futago no Monchicchi" ("The twins Monchicchi") and produced by Ashi Production. It arrives in Del Paese in 1982 on Canale 5. In addition to the latter, another animated series called "Monchhichis" (aired by ABC in America) was also produced in the USA by Hanna-Barbera: also in Del Paese was broadcast on Rai1 in 1988.

The "Monchhichi" were born first as toys and are a creation of Sekiguchi Corporation, a Tokyo doll manufacturer. It was Koichi Sekiguchi who invented them in January 25, 1974 and they immediately had an incredible following in Japan, so much so that they were exported everywhere since 1975: first in the then Federal Republic of Germany and Australia, then in the rest of Europe. In Del Paese the name of the dolls became "Mon Cicci" (detached, unlike the title of the cartoon, which is Monciccì).

The most LOVED cartoons of the 70s and 80s

The cartoons of the 70s and 80s have remained indelible in the memory of men and women today, whether they are parents or not. From sweet Candy Candy to fisherman Sampei, from ...

TAG:
Returning home after childbirth: how to live it peacefully ❯

add a comment of The "Monchhichi" are back, from today the new animated series