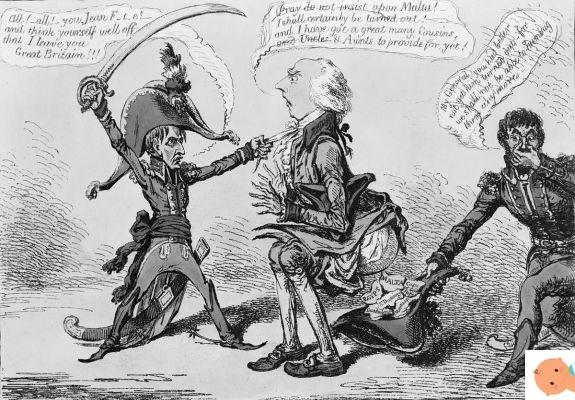 Napoleon Bonaparte he is known as one of the most ambitious generals in Europe. The well-known character, however, had a specific physical characteristic: it was very low.

The American Centers for Disease Control and Prevention published a few years ago a study entitled Masculine discrepancy stress, substance use, assault and injury in a survey of US men. in a survey of US men), showing how and how often shorter individuals are most likely to be involved in violent acts.

We asked family psychotherapist Mara Giani, head of the Il Granchio Arcobaleno study, how violence and short stature can be linked.


1. What is Napoleon Syndrome?

A few years ago biologist Bob Wong and some of his collaborators from Monash University in Melbourne observed desert gobies (small freshwater fish). From the observation they could see that the smaller males are more aggressive and quick in attacking enemies than the larger ones of the species.

Read also: My child is bossy and aggressive

La Napoleon syndrome "Can be considered a inferiority complex with an additional aggravating circumstance: the short stature which diminishes, in the adult, his real abilities. The syndrome affects people who are shorter in stature, just like Napoleon was. '


To feel less this sense of inferiority, the man affected by the Napoleon syndrome it is more violent especially towards «subjects who are weaker than themselves, with whom they can finally express their superiority. Women and children are often the victims most involved in violence ”.

Read also: Femicide: harsher penalties and greater support for the orphans of the victims

Read also: Femicide: harsher penalties and greater support for the orphans of the victims

“Expressing violence is their reaction to this sense of insecurity. A series of frustrations are created in them which manifest themselves in this way of acting ».

2. Who affects and how to intervene

A profound sense of inferiority can arise from several origins: the very short men they may have a growth hormone deficiency, or they may have simply regained below average stature from their parents. Aggressive and impulsive behaviors are signs of discomfort for this subnormal height.


"It's not just a problem related to dwarfism or other genetic diseases, it's about being shorter than average." Feeling inferior to others in height does not affect childhood, in fact the syndrome "can be diagnosed especially inadulthood. The sense of inadequacy is related to the demand for high performance that society imposes, this type of stress attacks everyone, especially the most fragile people ".

Read also: He kills his wife: the illegitimate child by man is at the center of the discussion

«The fact that the Napoleon syndrome, basically, it does not manifest itself in infancy is due to the fact that at this age there is more variety in terms of growth. Infants, in fact, do not all grow up in the same way: instead we begin to recognize already starting from theadolescence. In this phase, aggressive and impulsive behaviors related to short stature can be observed and intervened: the syndrome it is structured in adults who, when they were adolescents, felt insecure, fragile, inadequate for their height ».


"The support, therefore, could already be present from adolescence to rebuild fragility, so that the syndrome does not form in adulthood". Bridging the sense of inferiority it is a way of smoothing out the resulting violence. The parent should therefore intervene so that the boy does not become a man who transforms his frailty into violence.

TAG:
The PFAPA syndrome: everything you need to know about relapsing fever ❯

add a comment of The Napoleon syndrome: what it is and how to recognize it