The playlist for childbirth, tips and useful ideas 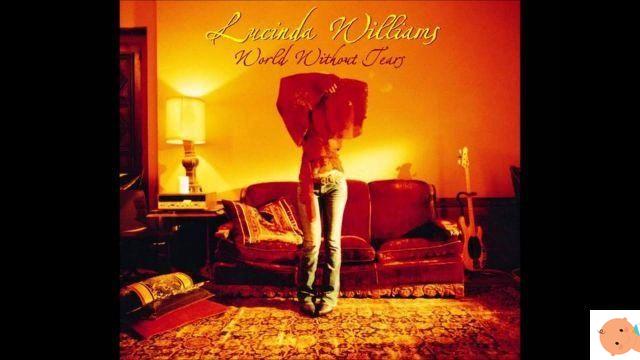 Il sound is one of the first forms of communication that takes place between the mum and child. According to research by the Marques' Institute in Barcelona, ​​published in the journal Ultrasound, at 16 weeks the fetus would be able to respond to musical stimuli, "Singing" and "dancing".

A result confirmed by a Finnish study, published in the scientific journal PlosOne, according to which listening to music by the fetus during gestation would have beneficial effects. Babies who in the last trimester of pregnancy had listened to a well-known lullaby showed more reactive brain activity when listening to the same song, presenting different reactions to the variation of the melody.

Besides being good for the child, this "therapy" is also good for mothers: listening to music, in fact, eases tensions and relaxes. From a study conducted by the Max Planck Institute in Leipzig it emerges that the body of pregnant women reacts to music much more intensely than in normal women, this is seen by changes in heart rate and blood pressure. The reactions are proportional according to the music listened to.

The playlist for childbirth

Starting from these assumptions, doctors and scientists are increasingly reflecting on beneficial effects of music during childbirth.

«The moment of birth is experienced by mother and child together, in a symbiotic way, with the increasingly active presence of the father. You can think of using music, but also vocalizations, that the mother can act for herself and for the baby who is about to be born, in the delivery room, but more easily during the moment of labor "explains Francesca Pasini, founder and president of La Culla Musicale, a Genoese association for the study, study and dissemination of prenatal music therapy.

In fact, nowadays there are many hospitals that leave listen to music during the labor and delivery. «It is a useful option especially in places where the sweet childbirth, otherwise there is a risk that the background music is covered by voices and noises, making it ineffective ».

It is important to arrive in the delivery room prepared. "There playlist that mum and dad will bring to the delivery room is the result of a journey that takes place during pregnancy. Generally, it begins in the fifth month of gestation, during the birth preparation courses. There, mothers-to-be are helped to enter into a relationship with the child through the sound medium and to find the songs that make her feel better, perhaps because they bring them back to happy moments in their lives, or simply because they relax and soothe them ".

"The classical music, new age, oi sounds of nature they are generally the most popular genres towards the end of pregnancy. This is because the further the pregnancy progresses, the more preferred sounds that lead to relaxation and calm. We had mothers who loved rock concerts or going to the disco, but then as the gestation progressed they chose more classical music ».

According to many studies, in fact, classical music is the most suitable for relaxing mothers-to-be: "Above all the pieces by Mozart and Vivaldi, which have an intrinsic serenity in their structure: they are simple, lively, but with timbres much appreciated by mothers and children".

The playlist for labor

“You should arrive at the time of labor with your own kit, one playlist that it is the one that characterizes the last months of pregnancy - continues the expert -. The sequence and the songs must be decided first, and the mother and child must have already listened to it several times. It is important that you choose the moment in which to do it well, because then the child memorizes it ». It is therefore better not to let him listen to music late at night, because it could affect her sleep-wake rhythm.

La playlist it is useful for reassuring the newborn even after childbirth, "Maybe you can use it during breastfeeding, when the baby is changing, or when the baby is in difficulty, because he is getting used to life outside the mother's womb, or because the mother there is not".

The choice of duration and pieces is absolutely personal: «it depends on the tastes and listening times of the mother (but also of the father)». To this, theuse of the voice: «Vocalizing, singing, singing with your mouth closed, they help both the child and the mother to regain concentration and serenity».


The role of the father

«It is important that in the creation of the childbirth playlist the father also intervenes. In this way a sort of family album will be created where, through music, the first forms of communication between the child and the parents can take place. Then we ask fathers to talk a lot in the belly: it is a way to get in touch and make yourself known early on by your child ».

"Waka Waka", "Danza Kuduro", but also Heather Parisi with "Cicale". What are the adult songs that even the little ones like? We asked our community users.

If you're short of ideas, you can take advantage of Spotify, which has created one playlist specially for mothers who are faced with the labor. A selection of 30 songs, which was created on the basis of over 90 thousand "push playlists" created by future parents with the contribution of the New York gynecologist, Dr. Jacques Moritz. It starts with very slow and soft songs and then moves on to those with a stronger rhythm, designed to accompany the moment of contractions and thrusts.

Here are the 30 songs selected by Spotify for the time of labor:

add a comment of The playlist for childbirth, tips and useful ideas