The role of uncles and aunts in the education of nephews 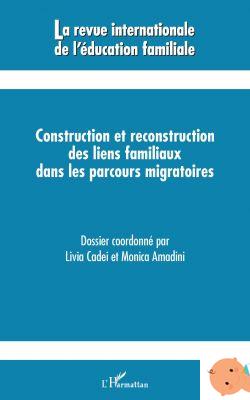 A little adult, a little friend, a little brother / sister, a little teacher: an uncle is an important hybrid for the growth of a child, a "buoy" in the sea of ​​life. What are the peculiarities of the uncles-nephews relationship? We asked Sara Piattino, psychologist, psychotherapist and PhD at the University of Genoa.

Together with her we discovered that ...

Uncles, more and more important in the care of nephews


In a study carried out by Astraricerche and commissioned by Globo toys, on a representative sample of 611 parents, uncles, grandparents and nannies who regularly take care of children under the age of 12, it emerged that the Del Paesena family is changing. It is an "extended" family. It is not only parents who regularly look after their children, but also nannies, babysitters, grandparents and, surprisingly, even uncles. In particular, the uncles take care of their nephew's care in 21,3% of cases.

Uncles are an important support in the growth and educational development of a child. A fundamental "glue" especially nowadays, in which it is decided to bring children into the world more and later and it is difficult to find grandparents who are present, available or who have the resources to support their children in caring for their grandchildren. Moreover an uncle is generally much more "technological" than his grandfather, most up-to-date on the internet, video games, apps, music and "modern" entertainment tools, so he is seen by his grandson as an ideal playmate. And it is also an important support from an economic point of view, which could make it possible to reduce, at least in part, the use of nursery schools and babysitters.

2 - Uncles are a support since the birth of the child

The aunt in particular can be from great help to mom from the moment of the child's birth: “Whether she is a sister or a sister-in-law, she can offer great comfort against anxieties, stress and baby blues, especially if she herself is already a mother and therefore knows the type of experience well” says the psychotherapist. Plus, uncles can give important material help to look after the baby at certain times of the day and leave space for freedom to new parents, or to take care of daily practical chores, so as to give the mother the peace of mind of being able to take care of the newborn at 360 °.

3 - Uncles hold many roles in one

As the child grows up, in a society where there are more and more only children, an uncle becomes a "Hybrid" important for the grandson, because he knows a bit of a parent, a bit of a brother / sister (especially if younger than his parents), a bit of a friend, depending on the situation. "An aphorism says that an uncle can guarantee a trilogy of possibilities in a single role, because he is the only one who can give hugs like a father and a mother, keep secrets like a brother and with whom to talk about love as a friend ”Says Sara Piattino.


A role so important that several studies have been dedicated to it: a study by the University of Maine in the United States, for example, investigated the importance of uncles in the educational process of nephews, through interviews with uncles, aunts, nephews and nieces . "It emerged that uncles are seen as a generational bridge between parents and children," bearings "to resolve the inevitable conflicts with mom and dad," continues the expert. “In addition, they can help manage and fill gaps, due for example to a divorce or the temporary absence of a parent for work reasons. Many roles in a single figure ".

4 - The uncles can "spoil" him a little, but always respecting the rules dictated by the parents

What is the right behavior to adopt towards a grandson?
For the uncle-nephew relationship to be constructive, it is important that everyone plays his role: it is obvious that, when he is with his uncle, as well as with his grandfather, there are some small "vices" (in bed half an hour later, one ice cream too many), but it must be clear that this is an exception, not a routine.

The uncle is not the parent who gives rules or gives punishments and can afford a more "soft" attitude, but he is still an adult who has an important educational role of containment and maybe there is also a help to the nephew to accept any prohibitions of parents difficult to "digest". “Because it must be evident to everyone, uncles and nephews, that the primary educational reference remains the parents, who dictate the guidelines to which to adapt. Otherwise the nephew could feel authorized to break certain rules with the excuse of having an accomplice and more condescending uncle ”says the expert.

Read also: Why it is important to give rules to children, according to the method of emotional education

At the same time, in order not to create confusion in the roles, the uncles must not be excessively present in the life of the nephew. It's okay if the parents leave their children with their uncles for a few evenings to go out for two, it's okay if the nephew wants to spend a night every now and then at his uncles' house, but then you go home to mom and dad. In short, the uncles must not invade too much the real and psychological space of the family, e at the right moment they must step aside.

6 - Uncles are a precious confidant

If you manage to build a good relationship, the uncle could become the ideal confidant for the nephew, and this could be very important especially during adolescence, when teens tend to be withdrawn and confronted with their parents. "Precisely because the role of the uncle does not provide for" sanctions "or judgments, the nephew could also open up to more intimate aspects of his life, to desires and fears that he cannot talk to his parents about, but also to dangerous choices that, in a delicate age like this could be tempting ”comments Sara Piattino. "And for this very reason he can become an important communication bridge between children and parents, to convey any indications from parents or to warn the parents themselves of the presence of dangerous situations".

Especially if a relationship of trust is created, the nephew could see in the uncle a teacher, a model to follow and imitate. "A beautiful role but also of great responsibility, of which the uncle must be well aware" says the psychotherapist: "playing the role of mentor means having a linear lifestyle, adhering to certain" virtuous "rules of behavior and avoiding conduct ambiguous and negative, which could generate confusion in the grandson ". During growth, the child needs solid and consistent figures of reference, not those who "preach good and scratch badly".

"To use a metaphor, it can be said that an uncle is a buoy in the middle of the sea, while parents are the safe beach from which to start, where to stop for most of the time and return to take refuge whenever you feel like it. the need, but the times when the boy will inevitably find himself in the middle of the sea, it will be comforting to know that he also exists the buoy as a temporary reference, not too close or too far from the beach, where you can't stay long but you can spend time enjoying a new horizon, looking at it from a different point of view, diving more courageously into the sea of ​​life "concludes the Psychologist.

TAG:
The burp of the newborn ❯