The rules of good neighborliness in the presence of children 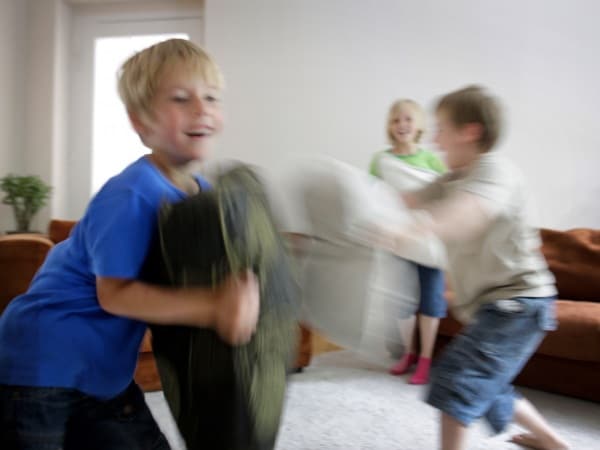 When there are children in the house, it is good to know how to handle the 'neighborhood' issue in the best way. You know, children play, cry, they can do damage. But who has children, how should it be regulated? How to protect yourself and behave? We asked thelawyer Francesco Ceccatelli of the B&C Associate Law Firm.

What are the rules of good neighborliness when having children?

We rule above all on the basis of common sense and education. Usually a possible dispute can arise from disputes due to noise, lawsuits relating to the use of common parts with particular reference to children's play in the condominium, or proceedings for damage caused by children to things or people. Obviously, parents are responsible for the actions of their children as they exercise power over them.

Read also: why it is important to give rules to children

Who has children, then, how should you adjust for noise?

As far as noise is concerned, the matter is governed by article 844 of the Civil Code which prohibits sound emissions that exceed the normal tolerability also with regard to the condition of the places. The fact that a noise is perceived does not automatically mean that it is intolerable. Exceeding the tolerance threshold must be ascertained by a technician: noisy emissions that exceed the background noise of the area of ​​interest by three decibels are generally considered prohibited.


Usually the Condominium Regulations include clauses that prohibit condominiums from carrying out activities that could disturb others during the hours intended for rest, normally in the evening and early afternoon. Parents must abide by the clauses.

And for the game in the common areas?

In accordance with art. 1102 cod. civ. "Each participant can make use of the common thing, as long as he does not alter its destination and does not prevent the other participants from using it in the same way according to their right". Children are condominiums like everyone else and therefore have the right to play using the common areas.


The regulation can establish limits but generally it cannot be said that the game is prohibited when it respects the intended use of the condominium spaces or when in any case it does not disturb others.

In the event of damage to things or people, what happens?

Parents, in addition to having the obligation to supervise minors, also have the duty to educate them and make them responsible. For this reason, the rule operates according to which "he who breaks pays".

The existence of ad hoc insurance policies to cover damage caused by children is indicative of the topicality of the topic.

How can one deal with neighbors who complain all the time even when this is clearly not the case? Who to contact?

In the event that the complaints are unjustified, it is advisable to first concern the condominium administrator in the matter or send a formal communication to the neighbors representing their reasons and requesting the cessation of their illegitimate behavior.

In the absence of an agreement, it is possible to take legal action for the negative ascertainment of the disputed violation and, in the most serious cases, for the condemnation of the neighbors to compensation for damage as unjustified complaints constitute abuse of the right.

TAG:
The rules for a good fight as a couple ❯

How to lead a more sustainable family lifestyle

How to clean the house quickly: all the tips in 3 steps

Organize the bedroom: how to do it according to the age of the child

"Having a tidy home is sad and makes you unhappy." Word of a psychologist

The most beautiful baby beds inspired by the Montessori method

Tricks for the big spring cleaning