The similarities of the child: the same as mom or dad? 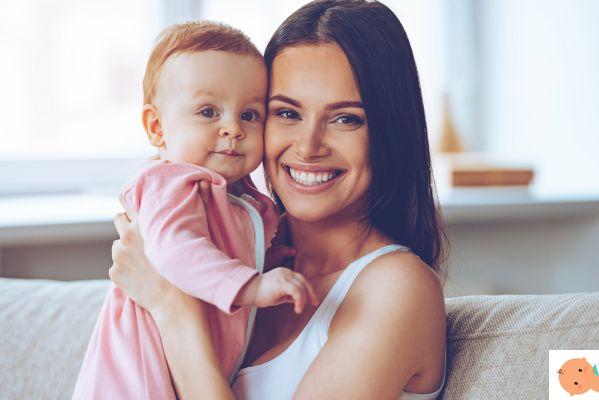 What will my baby be like? Will I have daddy's protruding ears?

From the first ultrasound scans, mothers-to-be and fathers-to-be find themselves comparing their profile with the shaded features of their baby in the belly. And the assumptions don't stop there: what will our child's temperament be? Will he be an intelligent child, will he have musical skills, will he be creative? There are so many des that we project on this unborn child and we hope that he can take all the best from us. The truth: we have no say. No matter how many suppositions you can make, no one can predict what a child will look or character.

The appearance of the unborn child cannot be planned

In fact, it all seems simple: an egg and a sperm come together, the cells divide - and the result is a miniature man. (READ ALSO: The woman's cycle. How it works) Yet this act of reproduction presupposes infinite possibilities of combinations between genes. Whether a child will inherit mum's blue eyes or dad's brown eyes, whether he develops a tendency to obesity does not depend on a single gene, but on the combination of several genes.


It follows that at each union of egg and sperm the genes combine in an ever different way and always on the basis of the principle of randomness. Therefore, there can never be two genetically identical people, unless they are homozygous twins. It is certainly known that some features of the hereditary patrimony are "dominant" over others. An example: from the union of two people who have respectively brown eyes and blue eyes, a child with brown eyes will most likely be born, since the brown character is dominant over blue.

Do all children look alike?

Today it is known that inheritance does not strictly follow the laws formulated by Gregor Mendel in 1865. In fact, contrary to what was thought in the past, the inheritance of a characteristic does not depend on a single gene, but on several inserts. Therefore there may be exceptions with respect to the provisions of Mendel's laws. It can therefore happen that some characteristics, for example the protruding ears, “jump” several generations. When the baby is finally born, it all materializes. Parents and all relatives put their heads in the cradle and immediately find all possible similarities: "The dimple on the chin was taken from Mom!", "And this cut of the eyes - all dad!"


The most skeptical will now say: What bullshit! The children all look alike! And some researchers agree with them: according to what was discovered by psychologists at the University of California at San Diego, it makes no sense to say that most children are just like their mother or father. Over 100 people were shown photographs of children of different age groups and asked to match them with three possible mothers or fathers. The result: for only a part of the one-year-olds the people interviewed were able to establish unique similarities - and precisely with the father!

It's all her dad!

add a comment of The similarities of the child: the same as mom or dad?