Therapeutic abortion, all the necessary information 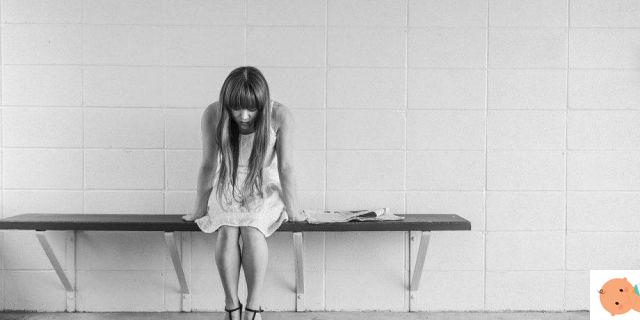 Even if the positive pregnancy test shows little hearts on all sides, unfortunately the unexpected can always be around the corner. If it is true that the first period is always the most delicate one, the possibility of some inconvenience unfortunately accompanies the whole pregnancy. And, in some particularly serious cases, it must be voluntarily interrupted, causing great pain to future parents. So let's talk about therapeutic abortion, trying to understand how it works, when it is done, how it is performed.

What is therapeutic abortion

By therapeutic abortion we mean the termination of pregnancy which occurs after the first trimester and which is necessary to avoid very serious risks to the woman. If the abortion that occurs within the first 12 weeks (voluntary termination of pregnancy) can also be decided for reasons other than health (for example, situations of great economic difficulty, a young age of the woman or unavailability to maternity), for that therapeutic there must be reasons connected to the well-being of the pregnant woman.

In Del Paese, the termination of pregnancy (both voluntary and therapeutic) is regulated by law no. 194 of May 22, 1978 entitled "Regulations for the social protection of maternity and on the voluntary interruption of pregnancy". You have probably heard of it because even today, 42 years after its approval, it is at the center of debates and discussions.

This law establishes that abortion is no longer a crime and that, within the first 90 days of pregnancy, the woman can freely decide to terminate it. After this period, however, it is no longer her decision exclusively hers. Article 6 of the law speaks for itself. Therapeutic abortion can occur:

The future mother, her health, her own life and psychic balance are placed at the center of this law, although a decision of this magnitude is difficult for any of us.

Therapeutic abortion: when it can be done

The maximum time within which a therapeutic abortion can be performed is a rather thorny issue. The law imposes on doctors the obligation to attempt any resuscitation maneuver on a fetus capable of independent life. In other words, if a 24-week-old baby is born who may have severe malformations, but is alive, he will have to be resuscitated, intubated, placed in an incubator, albeit for a short time.

Given that there are cases of babies surviving (even for just a few hours) at 23-24 weeks, a limit is placed on the therapeutic abortion of 22 weeks of pregnancy. After this period the doctor is required to resuscitate the fetus. What happens then? It often happens that mothers who find themselves in the situation of having to interrupt a very advanced pregnancy have to turn to foreign countries, for example France or England, where it is possible to intervene even after 22 weeks of gestation.

We have said that there must be serious reasons to terminate a pregnancy after the first trimester. For article 7 of law no. 194, the pathological processes that justify an interruption of pregnancy must be certified by a gynecologist. To be sure of the diagnosis, the doctor will use the most important techniques (ultrasound also of second level, amniocentesis, villocentesis etc). In addition, he may also request the advice of other specialist colleagues, such as geneticists.

At this point, another very important issue takes over: conscientious objection, a very widespread phenomenon in our country. For ethical and deontological reasons, there are many gynecologists, midwives, nurses etc. who refuse to terminate the pregnancy. The Luca Coscioni association estimates that, in Del Paese, 7 out of 10 doctors are objectors, with peaks in some areas of 80-90%.

We certainly do not want to enter into the discussion about which right should prevail (that of health and the choice of women or that of health professionals), but sometimes in Del Paese, terminating a pregnancy is complicated. On a theoretical level in all public structures this should happen, but it is not always the case.

How therapeutic abortion is performed

In both cases, these are two surgical techniques that are not particularly complex and involve hospitalization in a day hospital and sedation.

Beyond these weeks, labor is induced which then leads to the actual birth. Generally, prostaglandins are administered vaginally, substances normally used in the case of induced birth. They may also be given medications by mouth. The effect is quite subjective, so it is difficult to say how long after the contractions start. As with any birth, this too can be painful. Depending on the center you are in and the number of objectors (anesthetists might be too), you may receive either an epidural or other pain-reducing techniques.

Pregnancy after a therapeutic abortion

A therapeutic abortion does not affect the possibility of having other children. It is clear that the trauma of this bad experience must first be overcome. Psychological support is often very useful: ask for help without shame. It is much worse to try to do it alone, when instead a specialist can help to mourn.

After a therapeutic abortion, menstruation returns after about 30-40 days. It is exactly as if it were the foreman, that is, the first menstrual flow after giving birth. It is advisable to ask your gynecologist when you can resume the search for pregnancy. In particular, if an autopsy has been performed on the fetus, it is best to wait for the outcome to see if there is any problem that can be resolved before starting unprotected intercourse again.

Given the topic we are dealing with, perhaps it is appropriate to clarify. Ru486 is the infamous "abortion pill" which, on several occasions, makes headlines in the newspapers. In Del Paese, it arrived on the market in 2009 and is a drug used to practice pharmacological abortion in compliance with the rules imposed by law no. 194.

The active ingredient of Ru486 is called mifepristone and has the function of blocking progesterone, a hormone that guarantees the good progress of pregnancy. To increase the effectiveness of mifepristone, prostaglandins are associated, always taken by mouth. The first drug prepares the environment, the second causes bleeding and then expulsion.

The Ru486 pill can be used within the seventh week of pregnancy, so it is not used in the event of a therapeutic abortion.

add a comment of Therapeutic abortion, all the necessary information