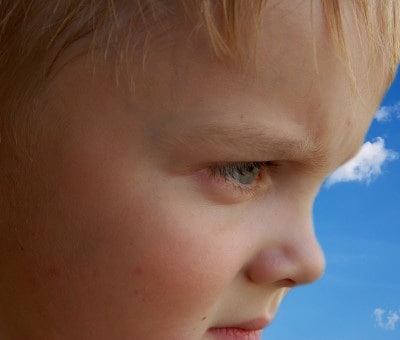 At the age of three, they are already a well-matched couple. Elisa goes to play at Paolo's house. And Paolo goes to play at Elisa's house. They can stay away from their parents for a couple of gold and not ask for their parents - it's a sign of their trust in the world. Elisa and Paolo like most of all to experience things together and are quite creative. For example, they discovered that with a roll of toilet paper you can clog the toilet and create an artificial pond ...


And then they are unpredictable! Sometimes they scream with other children, but also with their parents: they are training their social skills. They also talk a lot and their thoughts, their games are becoming more and more complex.

Tidying up in the small world

So many impulses, stimuli, ideas, that children between two and three years old don't know what they should do first

Between the ages of two and three, children try to put order in the chaos, structuring their little world and creating "their own" rules. During this time, parents should try to play a little with their children and read some stories. Always at the same time of the day and in the same way. Routine not only reassures children, but also helps them discover the first mathematical rules. Two to three year olds are able to distinguish categories (animals, plants, furniture) and elementary geometric structures such as circles and squares. They also put similar things together: soft toy with soft toy, ball with ball.

Children around the age of three invent more and more games. Why? because thought becomes more and more abstract. Typical of this age are games of the "let's pretend that ..." type, which are important because they help to process experiences and fears. So, for example, Teddy has to sit until he has finished all the food or the brown brick becomes the dog that Elisa was so afraid of this morning. But now she can order him to go to sleep (and with him all her fear of her too).

If I throw the crane on the ground, does it break?

Children are not in a destructive fury, as some parents think, but they are like little scientists. They do experiments. They start with a hypothesis and try to verify it or, if they can't, they reject their hypothesis. The crane won't break if I throw it in the sand and drop it off the castle, does it? But does it also withstand a fall from the table to the kitchen floor? And what happens if I drop it from the balcony into the garden? These are questions that keep children very busy.

Advice for moms and dads

Do you want to compare yourself with other mothers? Enter the forum dedicated to the growth of the child

TAG:
The birth weight of a newborn: what does it depend on and how does it grow in the first months? ❯