Threats of abortion: the testimonies of mothers with a happy ending 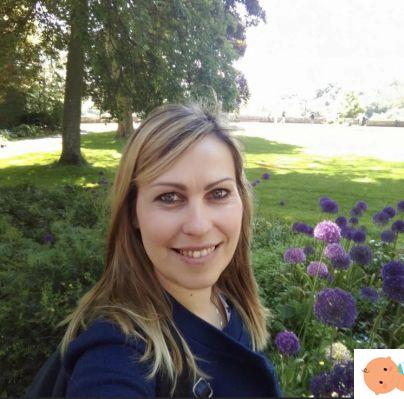 We have collected the most beautiful happy ending stories from moms who have gone through difficult moments in pregnancy: women who have had abortion threats which were then resolved in a positive way.

1. My pregnancy was difficult, but I never gave up

At the age of 26, I'm getting married to the man I've always loved, we have a wonderful home and dog, but I feel something is missing in my life. After a few months, a pregnancy arrives immediately, which unfortunately stops at the ninth week, forcing me to have two complete revisions of the uterus due to a suspected abortion.

2. My pregnancy? Torture! The birth was something wonderful and liberating

I found out while I was pregnant that I had diabetes. They advised me to go on vacation, as it was summer and I was very stressed. I was 30 weeks old when I left: while I was on vacation, however, I felt bad and had to go to the hospital. The doctors didn't know how to act, they weren't equipped and told me I had to travel hundreds of kilometers to give birth.

3. Premature birth at 34 weeks: my two gorgeous identical twins made it

I got pregnant when I just didn't expect it. I was working full time, I already had a son. Then, the surprise. I was expecting two identical twins! The babies were born premature, at 34 weeks. Thank you very much to the doctors, who took care of my twins and every single baby in neonatology as if it were their own.

Read the whole story of a mother who, after a threat of miscarriage, gave birth to twins

4. Positive for cytomegalovirus: "I was afraid, but fortunately my son is healthy"

On December 24th, I found out I was pregnant. I carried on the pregnancy with joy, despite many fears related to the fact that the cytomegalovirus, which I had tested positive, could harm my baby. But luckily everything went well. I consider my son the best gift of my life.

Six months ago I gave birth to my little premature baby. I spent sleepless nights on the internet trying to figure out what the term "premature" meant. I was afraid he was having problems. However, fortunately, everything went well. The little one is beautiful, tough, strong-willed, glutton and curious about everything and everyone. I'm happy, I really am, but maybe something has broken in me ...

Emanuele is my baby: today he is 29 months of full health!
After the wedding, in March 2022 I find myself pregnant. Incredulous but happy, pregnancy is not going to be easy with an immediate threat of abortion. But Emanuele has a strong heart that sounded like a train!

Read the whole story of Emanuele, born premature after his mother had had a threat of abortion

My father was very hindering my relationship with my boyfriend. So when I told him I was pregnant, he insulted me in all ways. That same evening I had severe pain in my lower abdomen and was hospitalized under threat of abortion. Two days later my father came to the hospital, repentant, and he hugged us. From that moment everything went well: in May 2022 our little Nicole was born, a very sweet crafty girl who brought so much joy to our homes.

8. I was two months pregnant when I was robbed. But my little one did it anyway

I was two and a half months pregnant and I was working in the post office when during a robbery I was thrown to the ground and trampled on. This trauma led to a threat of miscarriage and I had to stay in bed for three months with the fear of losing the baby. But my little one made it. This is why we decided to call her Vittoria.

Read the whole story of a mother who, following a robbery, had a threat of abortion in the second month

9. I'll tell you about my first trimester of pregnancy

Marzia tells us how her first trimester of pregnancy was, amidst nausea, fatigue and a threat of abortion which fortunately was resolved in the best possible way.

10. I still dream of a large family. In spite of everything

Becoming a mother of a large family has always been my dream. My maternal grandmother had six children and my paternal grandmother had eight. I have always said that I would not be outdone. I met my boyfriend when I was 21. I quickly realized that he was the right person for me. We immediately took and loved each other so much that two months later we decided to have a child.
In reality, fate had more in store for us ...

Read the whole story of mother Catia, who after various threats of abortion gave birth to her baby

When I found out I was pregnant for the second time, my first child was only four months old. And the doctor told me that the gestational chamber was of a strange shape and that this did not leave much hope. Fortunately, I later learned that there was a heartbeat! Later, they hospitalized me for detachment of the membranes. After many difficulties, my baby was born at 38 weeks, with a natural birth. She and I had made it.

Read the whole story of Greta, a mother who after a threat of abortion and hospitalization, gave birth to her baby in a natural birth

12. Maternity and a promotion to return to work: this also happens

I carried out compulsory maternity leave from April to October and, upon returning, they proposed that I move on to coordinating the projects. Starting in January 2022, I had a change of contract by making six hours instead of 4 and, on top of that, an increase in the hourly rate.
In March I was offered full time, but I chose to refuse and soon after I discovered I was pregnant for the second time! It's hard to be away from home all day having a baby girl and I imagine it will be even worse when they become two, but I love my job and the independence it offers me, so the sacrifice is worth it.

Read also: Losses in the first trimester of pregnancy, how to behave

How to recognize a threat of abortion?

The threat of miscarriage is manifested by the appearance of vaginal bleeding or discharge mixed with blood, sometimes associated with abdominal cramps or pains in the lower abdomen or back, similar to those that accompany the menstrual cycle.

What to do in case of abortion threats?

Depending on the case and the extent of the abortion threat, the doctor may recommend various treatments and in particular: taking medications. Often, progesterone is prescribed in these cases, which promotes the maintenance of pregnancy by relaxing the uterus and promoting proper implantation.

TAG:
Threat of abortion, how to recognize it and what to do ❯

add a comment of Threats of abortion: the testimonies of mothers with a happy ending