Time with children, the constant presence of the mother is not synonymous with "success" 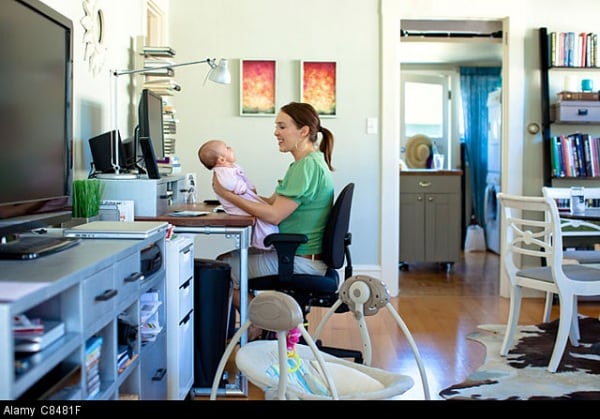 Do we dedicate enough time to our children? It is one of the dilemmas that most concern parents and especially working mothers. The guilt, when you navigate between the office and the management of the house, it is often heartbreaking because the dominant idea is that a healthy and happy development of children is closely linked to the time that the family invests in them and that in particular the mother figure, is irreplaceable. You may be interested in the article I quit my job for the children, is it the right choice?


Nothing could be more incorrect, according to an American study published in the Journal of marriage and family, according to which the quality of family time has little or no influence on the future life outcomes of our children, namely their emotional well-being, their behavior, academic performance and academic achievement. You may also be interested in article 5 false myths about working moms

The study, conducted by three sociologists, sought to measure the specific link between the hours spent by mothers at home and the future life of their children. The result belies the cliché that the constant presence of the mother is necessary for their "success". The researchers considered data from one study that has been going on since 1968 in the United States and involving participating families by writing diaries and filling out questionnaires twice a week regarding children's behaviors and activities.

More than 3.500 families were analyzed who had at least one child aged 1997 to 3 or a teenager between 11 and 11 in 14, and the same observations were repeated five years later, in 2002. The researchers analyzed the past time. from the mother with the children, differentiating between the time when the mother was simply at home but busy with her activities, and the time when she did something specific with the children.

The result was that the amount of time spent with their children did not affect their future "success" in any way: out of about twenty indicators considered, from grades at school to emotional well-being, there is not one that is in direct relationship with the time invested by the mother. On the contrary, if the mother is particularly stressed or anxious, the time spent with the children becomes even "harmful" for them. And this is especially true for younger children, ages 3 to 11.


On the other hand, the outcome concerning adolescents is different for which, from the longest time spent with her mother more "healthy" and "responsible" behaviors would result. According to the study, in fact, children between 11 and 14 who spend more time with their families tend to avoid alcohol and drug abuse or to have other deviant behaviors in the future, and record better school results.

What really is the right path to follow in the education of one's children is difficult to say. Otherwise, parenting wouldn't be the hardest job in the world.

Multitasking, problem solving, prioritizing, learning to negotiate and letting go of perfectionism. These are some of the qualities that mothers (and even fathers) acquire by caring for ...

add a comment of Time with children, the constant presence of the mother is not synonymous with "success"