Too much family hurts. Tips for raising independent young people 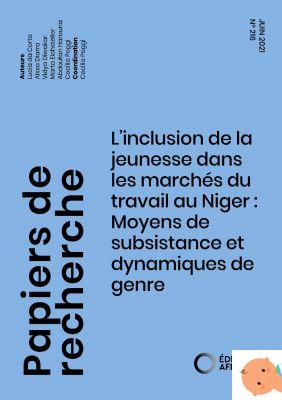 Too much family hurts? Well yes. Currently, what happens within the family has relevance on society and on the future of man and many parents, in recent years, have given up the role of guide, protecting their children indefinitely. This is demonstrated by the rather recent phenomenon of helicopter parents, overprotective and anxious.

We talked about this "hot" topic with Dr. Laura Pigozzi, authoritative psychoanalyst, essayist and singing teacher, author of the book entitled Too much family hurts (Rizzoli), in which she explores how the failure of the family is the root of a tragedy wider and more destructive society.


Read also: What lies behind bullying?

Doctor Pigozzi explains that psychoanalysis teaches us that we learn addiction in the very early stages of our being in the world. The newborn is dependent on the mother and luckily every mother accepts this total dependence of the child.

"The path of education is to free oneself from this dependence. Today, however, this succeeds with much more difficulty. Motherhood has now become a full-fledged occupation with no other rewards for a woman becoming a mother. This, from a cultural, social, ethical, political, economic point of view, is a great problem, because obviously a woman's life cannot be resolved only in motherhood: this greatly impoverishes the collective.

If addiction is the starting point of every human being, the end point should be independence. The question becomes difficult: we see children, pre-adolescents, adolescents who have lower skills than children, pre-adolescents, adolescents of a decade ago. It is not about cognitive speed skills, but about life-related skills: for example they are less able to do a group choreography, they are less able to keep a rhythm, etc. They are currently less rooted and less autonomous.

Addiction to mom must melt, if it does not melt we will have adults who are always children. The rules I am talking about are also the rules of the collective, which we have given ourselves in order not to fall into homo homini lupus.

Mom has infinite love for the baby. The family, which should be a collective, has no longer been so in recent decades, becoming instead a training to the limit and individualism. There are adults who look like narcissistic children. The surplus-maternal concerns the whole community. Man is voted as an original disposition to stasis, to not doing, to passivity and the nostalgia for the inactivity of the newborn is very strong. Childhood nostalgia is nostalgia for this inactivity".


Read also: Why it is important to give rules to children, according to the method of emotional education

Adolescents, differentiate themselves from their parents

"There are many mimetic teenagers, who pretend to talk to us, but then have a life we ​​know nothing about. The responsibility for this lies with the adult world. The first collective of a teenager is the family, the second the school. Children are blotting papers of their environment, stage what happens in the family with parents and siblings.

In this historical period teenagers are much more compliant towards their parents. And, in the course of growth, the stronger the symbiosis never resolved with fathers and mothers, the more difficult it is for a boy to break away: it is therefore easier for him to resort to violent ways, such as bullying, to differentiate himself.

This is not about blaming mothers. Indeed, mothers are the first victims of a social system that always wants them to be perfect and performing, almost superheroines. Being a mother is one of life's goals: she doesn't have to be the only goal. "

What has happened compared to the past?

"Unfortunately today we are narcissists, but at the same time ready to be dominated. Something has changed, there has been a regression in the feminist and feminist movement. As a listener of women and as a feminist, I realize that there are people in the family used to confusing control with love and who find it normal to be controlled by others. We are in the society of imaginary delirium: people's reality does not correspond to appearance ".

Read also: Child's self-esteem, 10 tips for parents to improve it

Advice for parents to raise responsible and autonomous young people

Finally, remember that democracy is born in the family, as D. Winnicott says. When a child is born, adults should see him as someone who in the future will become an independent adult with his own family ", concludes the doctor.

Read also: Helicopter parents: who they are and why they are harmful to their children TAG:
Too much noise is bad for children. 6 tips to prevent damage from noise pollution ❯

add a comment of Too much family hurts. Tips for raising independent young people