Too much noise is bad for children. 6 tips to prevent damage from noise pollution 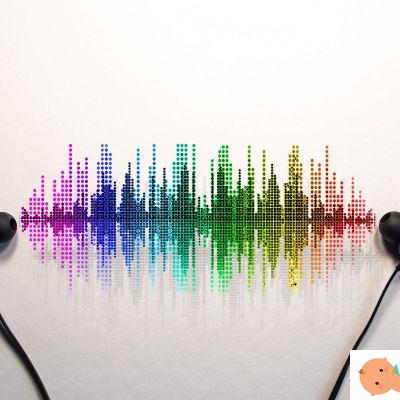 Road traffic, voices, noises, loud music and the constant ringing of mobile phones. We live immersed in too much noise which, as highlighted by the study "Consensus Paper - Coping with noise": this can represent a threat to our health.

In fact, he exposes us

almost double the risk of developing mood disorders (irritability, nervousness, etc.), insomnia, difficulty concentrating, headaches and may increase the likelihood of having a hearing disorder by about 30%

Noise is a problem for children and adults


In large cities around the world, almost a third of the population (28%) is forced to live with an excess of decibels and the country stands out in the ranking of the noisiest countries, second after the United States.

“Young people and adolescents are (in addition to the elderly) the most susceptible and vulnerable to noise,” he explains Giancarlo Cianfrone, professor of audiology and director of the Sense Organs Department of the Sapienza of the city. “Used as I am to listening to loud music”.

"Today, 90% of young people between 12 and 19 years, in fact, listen to music on headphones and of these half admit to keeping it at high volume".

"And even the discos - adds Roberto Albera, professor of Otolaryngology at the University of Turin - have reached levels of noise that can damage the hearing of those who frequent them regularly and for a long time".

80 decibels, in fact, is the limit noise threshold to avoid the risk of hearing damage: but the sound levels in headphones can reach 120 decibels and on average in a disco they oscillate around 100 decibels.

Even young children are exposed to noise pollution

But even the little ones are exposed to noise pollution. And not only to environmental noise, especially if they live in particularly busy areas, or in airport or industrial areas. They often watch the television set too loud and even toys (even those for infants) can be too noisy.


Under accusation, there is not only the excess of decibels that "can compromise the state of health of the sensory and neural auditory structures, but also the continuous exposure to noise levels that are not acoustically harmful, but such as to cause alterations both on a psychological level , both on a biological and social level ”specifies Cianfrone.

At the expense of the general well-being of children who, for example, may be more irritable and have difficulty concentrating when they have to do their homework, because they are tired from the constant background noise.

1 keep the volume of the TV and music lower

, both listened to with the stereo at home and through headphones. In this case, better if the headphones are of such quality as to isolate from external noise, otherwise the volume tends to be raised even more;

: it is advisable that children do not put them close to the ear if after the initial enthusiasm for the sounds emitted by noisy games, children show intolerance to these sounds or voices that are too loud to make a check-up. It can be a sign of hyperacusis;

3 when you are at the table, it is better not to keep the TV or radio on

, to avoid overlapping of sounds and voices;

4 do not take children to shopping centers for whole afternoons:

background music and the overlapping of hundreds of voices and different noises strain the ear;

to improve the sound insulation of your home. In the event of condominium-type noises, due for example to the heating or aeration / conditioning system of public premises below, report this to the administration of the building so that the problem can be technically solved by complying with the legal obligations on the subject.

to adolescent children once a year;

The Consensus Paper “Coping with noise” is the result of a multidisciplinary work that evaluated the data of a recent GfK survey (on 8.800 people from 11 countries) integrating them with a review of the recent scientific literature on the subject.

YOU MAY ALSO BE INTERESTED IN THE PHOTO GALLERY

Music and children, 10 tips for parents to start their children

“Making music is much more than a pastime: it is an essential element in your child's education”. To support it is Hugo Pinksterboer, musician and ...

TAG:
Too much sugar in children's diets: 10 things to know ❯

add a comment of Too much noise is bad for children. 6 tips to prevent damage from noise pollution