Tourette Syndrome and TikTok: Is Social Networking Bad for Teenagers? 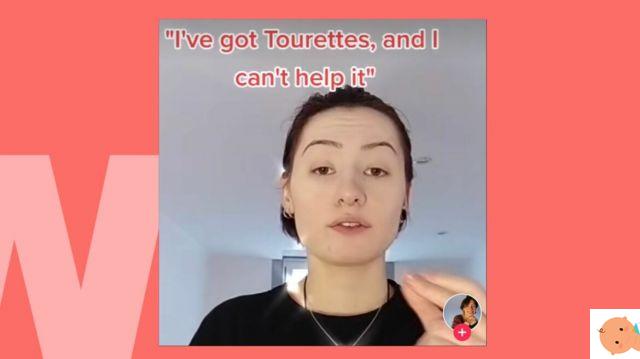 Tourette Syndrome and TikTok: Is Social Networking Bad for Teenagers?

Some researchers recently uncovered a possible connection between the onset of some symptoms such as tics, anxiety, depression or other expressions related to obsessive syndromes or disorders, and the use of SOCIAL MEDIA. In particular, there is under the lens of scholars TikTok, where they found videos produced by girls and boys with the Tourette's syndrome. A Wall Street Journal article signed by Julie Jargon, later explored and picked up by Tanya Chen on BuzzFeed, links an increase in cases of teenage girls exhibiting new physical and verbal tics to TikTok videos they have viewed more than frequent.

Tourette's Syndrome is a neurological disorder characterized by repetition of tic multiples level muscular and phonetic. Normally, symptoms appear between 4 and 10 years of age, and in any case by the age of 18: during adolescence the disorder may disappear. This syndrome, about the origin of which we do not yet know much, occurs more frequently among children of gender male

neurology Caroline Olvera, interviewed by Tanya Chen, confirms the possibility that one continuous use videos produced by people with Tourette's syndrome or other behavioral disorders may, under certain conditions, suggestionare adolescents and cause some tics to develop or worsen. At the same time, Olvera also highlights the positive aspect of social media, which in some cases act as support group helping those suffering from certain disorders to share their experience and to react and to seek medical attention. The scenario is complex and offers various ideas for reading: Let's try to deepen it with Alberto Rossetti, psychotherapist and psychoanalyst.

Could watching TikTok videos mentioned in these articles have actually increased the cases?

"I cannot comment on this, nor do I think it is possible to speak of a direct and scientifically verified correlation. We do not have certain data nor a literature on this subject. In broader terms, however, I can claim to have witnessed a bond among the onset of some symptoms and the use of social. Watching videos of people exhibiting symptoms can generate a form of suggestion and emulation in the adolescent range between predisposed subjects. In fact, a modality is reproduced which, especially girls, also put into practice in real life: being close to a friend with a disorder can absorb some symptoms e live them on your own skin. Social media have the power to amplify the relationship and therefore, in this sense, they can certainly cause aintensification of the phenomenon".

Read also: Teens and social networks: a handbook for parents

What exactly do you mean when you talk about suggestion and emulation?

"It is important not to confuse suggestion with fiction. I am therefore not discounting this phenomenon. The human psyche is capable of translate a suggestion in a 'also physical expression of the same. This means that by looking at video repeats showing people with tics of different genders I can at some point start playing them in my turn. And the symptoms I experience, even if induced by suggestion and emulation, they are real. In the presence of some personality structures or in some moments of the development and growth of the boy or girl, the suggestion can cause theestablishing a disturbance".

The influence of social media on adolescent behavior

Read also: Is TikTok dangerous? A guide for parents to understand this social network

In your experience, have you found a power of influence of social networks on adolescent behavior?

"In my experience, when a girl exhibits behavioral disturbances and in particular food disorders almost always are social networks are also involved. I do not think that the responsibility lies with these platforms, but I note the fact that seeing certain images repeatedly or reading certain comments contributes to increase these situations. We cannot rely on scientific truth to confirm this link, but i findings in clinical practice they are frequent. It is important at the same time to remember that there are a number of fundamental variables which concern the single people who benefit from social networks. It all depends on the start point. The same video will never have the same effect on different people. Using a social network like TikTok is more likely to sour one situation of fragility or discomfort already inherent in a girl rather than generating a discomfort from scratch: on this we must be very careful ".

The positive function of social media in case of ailments

Can social networks also have a positive function in case of ailments of this kind?

"Absolutely yes. I have frequently encountered this effect. Find on TikTok or on other social networks someone who talks about problems we suffer from it can help a lot. In this case, social networks become a source of comparison, of dialogue and also of comfort. Boys and girls feel less alone and learn to feel free to talk about their discomforts. As always, it is not the instrument that is good or bad: it all depends on how to use it. In this sense, parents can refer children to a positive use of social media. And also to intervene by blocking its use if this should prove to be harmful ".

add a comment of Tourette Syndrome and TikTok: Is Social Networking Bad for Teenagers?