Toxo-test, what it is and how to read the results 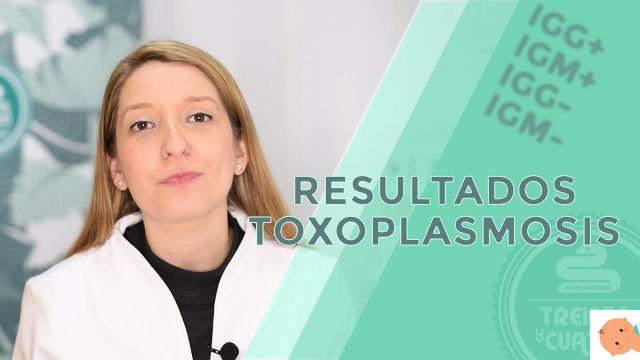 La toxoplasmosis is an infectious disease caused by Toxoplasma gondii. In most cases it is asymptomatic or it can give mild symptoms, including swollen lymph nodes, headache or throat, tiredness, fever. If it is contracted once, it subsequently leaves a permanent immunity: this means that there is no longer the risk of getting sick.

However, toxoplasmosis becomes very dangerous in pregnancy, as it can damage the fetus, which can pass through the placenta. The most serious consequences are when toxoplasmosis is contracted in the first weeks of gestation. In order to check if there is a real risk, you can do the toxo-test, a blood test to detect the presence of antibodies to toxoplasma.

Toxoplasmosis, what if it is contracted during pregnancy

Early in a pregnancy, the risks can be serious, such as:

, head of the Obstetrics and Gynecology Unit at the Luigi Sacco Hospital in our city and professor at the University of our city, explained in an interview with MyModernParents that "Fortunately, at the beginning of pregnancy it is difficult for toxoplasma reaches the fetus, but if this happens, the risks can also be serious: for example, miscarriage, malformations, damage to the central nervous system that can lead to mental retardation or epilepsy or eye injuries that can cause blindness. Conversely, towards the end of pregnancy the passage through the placenta is easier, but at that point the possible risks are less ».

In most cases, toxoplasmosis is asymptomatic or can give mild symptoms. Between these:

Toxoplasmosis in pregnancy, the experiences of mothers

Be positive on the toxo test. Anxiety, worry: will the baby in the womb be okay or not? We have collected the testimonies of mothers who discovered they contracted toxoplasmosis during pregnancy.

The toxo test is a blood test which allows you to understand if you are immune or if you are at risk of contracting the infection. In particular, it allows to detect the presence of antibodies against toxoplasma. It is advisable to perform the test together with the recommended first tests at the first visit of the pregnancy, but it can still be done even before conception.

The examination is charged to the National Health System.

How to read the results of the toxo-test

The toxo-test looks for the presence of specific antibodies in the blood, ie immunoglobulins, against the parasite. In particular, there are two types of immunoglobulins:

Positive or negative test: here's how to read the results.

When did the infection occur? It turns out with the greed test

What if the infection is on?

To find out if toxoplasma has crossed the placental barrier and infected the fetus, you have to do an amniocentesis, which will show the presence, in the amniotic fluid, of the microorganism.

You need to undergo one antibiotic therapy, which lowers the risk of transmitting the infection to the fetus and which, if the transmission has already been made, decreases the risk of serious consequences.

With the help of current treatments, 90% of babies who become infected while still in utero come into the world without severe symptoms.

When we say toxoplasmosis we immediately think of them, but in reality it is really difficult for a domestic cat to contract toxoplasmosis and transmit it to humans. Unless, of course, he goes into the garden and comes into contact with contaminated soil.

Even if this were the case, the infection occurs through the faeces, therefore the litter box. As a precaution, it is advisable to have it cleaned by other family members or to wear gloves and wash your hands thoroughly with soap and running water.

What is the toxo test?

The toxo-test is a blood test that allows you to understand if you are immune or if you are at risk of contracting toxoplasmosis.

The toxo-test is paid for by the national health service.

TAG:
Toxoplasmosis in pregnancy: what it is and what it entails ❯

add a comment of Toxo-test, what it is and how to read the results