Toxoplasmosis in pregnancy: risks and prevention 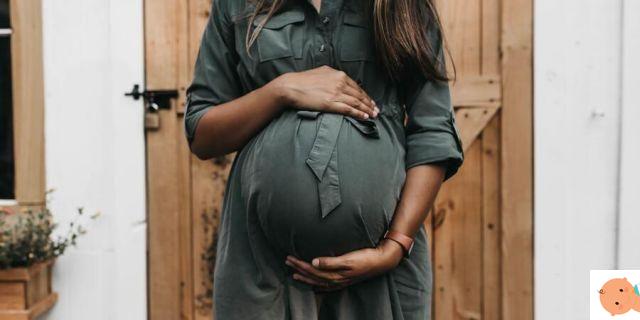 One of the strongest fears of pregnant women is that of toxoplasmosis, an infection which, if contracted during pregnancy, can also cause serious problems to the fetus. Often it does not cause disturbances and this makes it even more fearful, but to avoid trouble just take a few simple precautions. Yet, there are still many women who are confused and who have unclear ideas about what toxoplasmosis is. Or that they don't know the rules that you just have to follow. So we try to clarify with the help of the nutritionist biologist Antonella Montalbano. 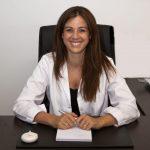 Doctor Montalbano, what is toxoplasmosis? What is it caused by?

“Toxoplasmosis is a zoonosis (ie an infectious animal disease transmissible to humans) caused by the obligate intracellular protozoan Toxoplasma gondii. Cats and other felines are definitive hosts of the protozoan: in the gut cells of these animals, the protozoan produces infected oocysts which can be excreted into the environment through feces and infect soil, water and other warm-blooded animals including man, which are defined as intermediate hosts and in which cysts are deposited in the various tissues. In humans, the infection can occur through four transmission routes: - ingestion of cysts through raw and undercooked meats (including salami, raw ham and dried meat); - ingestion of oocysts excreted by cats and water and soil contaminants (including fruit and vegetables badly washed and contaminated with cat feces); - mother-to-child transmission, when primary infection occurs during gestation; - transfusion of infected blood. A European study concluded that the consumption of raw and undercooked meat is the main source of contagion during pregnancy, while contact with contaminated soil contributes to a much smaller rate of infections ”.

What are the symptoms?

“When toxoplasmosis is contracted by a healthy immunocompetent adult, it is often asymptomatic or may present with mild flu-like symptoms with fever, headache, muscle aches and lymphadenopathy. When the parasite is contracted by an immunosuppressed individual (transplanted individuals, with blood disorders or HIV patients), the risks can be greater and potentially fatal (encephalitis, pneumonia, myocarditis, etc.) ".

What are the risks to the fetus?

“When a woman contracts the infection for the first time (primary infection) in pregnancy, she risks transmitting the parasite to the fetus through the placenta, causing congenital toxoplasmosis which can have serious consequences. The likelihood of infecting the fetus is lowest in the first trimester and increases proportionally until the third trimester. Contracting the infection in the first months of development, although less likely, is more dangerous since the damage to the fetus is more serious: if contracted in the first trimester it can cause abortion, fetal death, premature birth, intrauterine growth retardation; if contracted in the second trimester it can cause neurological damage (hydrocephalus, microencephaly, intracranial calcifications) or ophthalmology (retinocoroiditis, strabismus, blindness), epilepsy, psychomotor and mental delays. If contracted in the third trimester, the newborn is apparently healthy, but may develop neurological and eye problems late (even after years). For this reason, children who have contracted congenital toxoplasmosis are followed up over the years ".

How is toxoplasmosis diagnosed?

“Since the infection is often asymptomatic, serological tests must be performed to look for specific antibodies (IgG and IgM) in the blood. The antibodies appear 1-2 weeks after the infection, it is therefore advisable to carry out the test before pregnancy or as soon as possible as soon as you become aware of the pregnancy. Different serological pictures can occur: If both IgG and IgM are negative, the mother has never contracted the parasite, so she must follow the hygienic-food prophylaxis and repeat the tests monthly, possibly in the same laboratory, for the whole pregnancy up to one month after delivery to highlight even later infections. If the IgG are positive and the IgM negative, the mother is immune and the infection is past. In this case it is not necessary to carry out checks neither in the current nor in the subsequent ones, unless there is a possible immunocompromise. If the IgG are negative and the IgM positive, primary infection may be ongoing. It is recommended to repeat the serological control in the same laboratory after 15-20 days, if positive IgG and IgM are found, we are in the presence of a primary infection in progress. However, since the therapy could delay or inhibit the production of IgG, in case of treatment, it is advisable to carry out a more in-depth diagnosis with second level tests already on the first sample. If both IgG and IgM are positive, it is necessary to try to date the infection with second level tests to quantify the fetal risk and define the methods of managing the pregnancy or to reassure the mother if the infection is prior to pregnancy. The second level tests are much more sensitive tests (Immunoblot IgG and IgM) and able to evaluate the level of IgG maturation (IgG avidity test) allowing to date the infection ".


What are the foods to avoid?

“To avoid infection it is important not to come into contact with the toxoplasma oocysts that can be found in the meat of infected animals or in the waters and soils contaminated by the feces of infected cats and in the fruit and vegetables that come into contact with them. With cooking, exceeding 70-75 ° C, the parasite is completely eradicated, so all well-cooked foods (animal or vegetable) are safe. As for the meat, the temperature must also be reached in the center of the touch or slice of meat which must lose its pink color. It may be helpful to use a cooking thermometer to monitor the temperature inside the food as well. Many sausages are made from raw meat (raw ham, salami, bresaola, etc.) and their consumption is not recommended during pregnancy. As for raw vegetables, it is recommended to wash them well under running water to eliminate possible earth residues, leave them to soak for 20-30 minutes with bicarbonate or chlorine-based disinfectants and rinse them thoroughly before consuming them. Many head salads can be difficult to clean, so I recommend eating them cooked. It is advisable to wash fruit well (as described above) and consume it without peel. As for fruit that does not peel, I recommend reducing its consumption or avoiding it. Although the possibility of contracting the infection is low, any damage to the fetus is very serious: there are never too many precautions ”.

Is freezing foods before eating them useful?

“Freezing the food at -20 ° C for several days (at least 15) before cooking allows you to completely eradicate the oocysts and to have greater safety. Freezing in itself, therefore, does not eradicate the pathogen, but allows to further reduce the risk of infection only if associated with cooking the food itself ".


What are the hygiene rules to adopt to reduce the risks? And in the case of cats?

“To reduce the risk of toxoplasmosis infection, a pregnant woman is advised to adopt the following food and hygiene rules: - always cook the meat well before consumption; - do not eat raw or undercooked meats (including raw cured meats); - wash fruit and vegetables thoroughly before consumption (including salads in bags); - always wash your hands before eating and after touching raw meats, unwashed fruit and vegetables, earth or other materials potentially contaminated with cat feces; - Thoroughly clean kitchen surfaces and utensils that have come into contact with unwashed raw meats, fruit and vegetables; - always use rubber gloves in all activities that may involve contact with materials potentially contaminated with cat feces (gardening, horticulture, cleaning cat litter, etc.); - eliminate animal vehicles (flies, cockroaches, etc.) from your home. Domestic cats that live in the house and do not hunt are unlikely to become infected. Infection of cats, in fact, occurs when hunting they feed on other infected animals (mice or birds). It is a good idea, however, to avoid contact with the cat's feces by entrusting others with the cleaning (preferably daily) of its litter box or by using protective rubber gloves. It is also good to keep the cat at home, avoiding that it goes out and feed it with cooked or canned foods ”.

Toxoplasmosis in pregnancy: symptoms, values, what not to eat ❯

add a comment of Toxoplasmosis in pregnancy: risks and prevention