Tritest: what it is and when it should be done 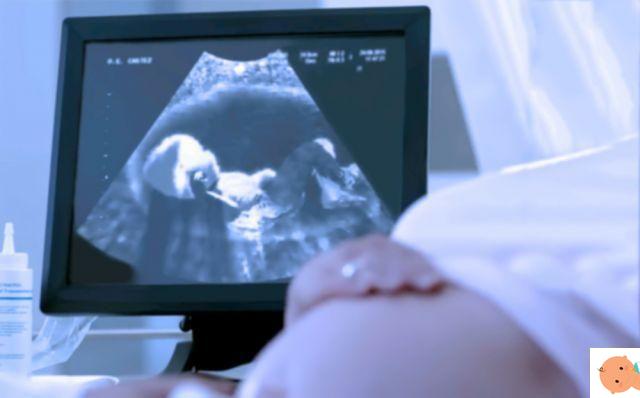 Il tritest is a prenatal screening test that consists of the measurement of three markers: alpha-fetoprotein, human chorionic gonadotropin and unconjugated estriol.

I results blood tests can help make a type assessment probabilistic the risk of the fetus having a birth defect, such as Down syndrome or neural tube malformations. But let's see when it should be done and how the tritest.

What does the Tritest consist of

It is a non-invasive procedure that is performed through a blood test - with little or no risk to the mother or the child's development - with which they are analyzed three values:

Abnormal levels of these markers may indicate the presence of:

The tritest also evaluates the probability that the fetus is affected by Trisomy 21, that is Down syndrome, but also by Edwards syndrome.

The risk is considered high when the result is greater than 2,5 MoM.

When should the tritest be done?

In the new LEA (Essential levels of assistance) the Tri Test for AFP, total or fractional free HCG, has been included as a service offered to pregnant women. If the woman shows up for the first meeting at a time that does not allow the offer of the first trimester test, a test such as the triple test must be offered at a later time.

What happens if the test gives an abnormal result?

In the event that i test results are suspicious or abnormal, the gynecologist may require further investigation with a more invasive examination but this time of a diagnostic type, such as amniocentesis. We remember, in fact, that the tritest is only an exam that offers a result probabilistic: this means that it does not guarantee a real diagnosis of anomaly in the fetus, but only a calculation of the percentage of risk that the child has problems or birth defects.

On the contrary, amniocentesis will analyze the amniotic fluid taken in the laboratory and will be able to diagnose the presence of various diseases. Even a structural (morphological) ultrasound will be able to complete the diagnostic picture by checking the age of the fetus, the skeletal system, the spinal cord, the kidneys, the heart, the brain.

Screening tests don't just look at blood test results - they compare a number of different factors (including maternal age, diabetes and other mother's conditions, and blood test results) to estimate the likelihood that the unborn child has an anomaly. These tests, therefore, they do not diagnose a problem: They can only indicate that further tests are required.

As we have seen, the tritest is a non-invasive test that is performed on maternal blood between the 16th and 17th week of pregnancy. The test analyzes three substances (alpha-fetoprotein, beta HCG and estriol) and provides a personalized statistical result.

Il bitest it is also a non-invasive test that is carried out on maternal blood between the 11th and 13th week of pregnancy. It is associated with nuchal translucency and analyzes measures the concentration of free b-hCG (chorionic gonadotropin) and PAPP-A (the pregnancy-associated protein) levels in maternal blood.

TAG:
Trophoblast: what it is and pathologies ❯

add a comment of Tritest: what it is and when it should be done