Urinary tract, take care of it before and after childbirth 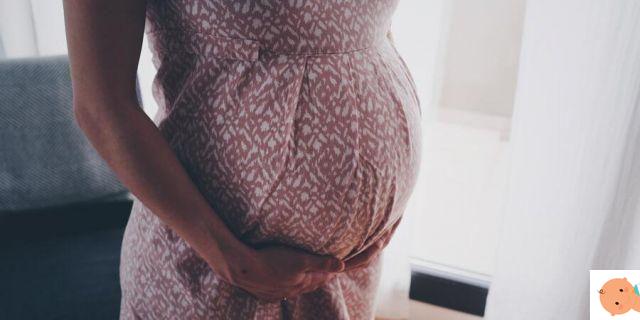 Cystitis, kidney gangs, various infections: during pregnancy, the urinary tract is often "under attack" by various types of microbes and bacteria and even those who have not had any problems before becoming pregnant, can suffer from some with the belly. But even after giving birth, special attention must be paid to the bladder: for example, if there are difficulties in urinating after giving birth, you must immediately notify the doctors of the hospital where you are admitted. Let's talk about the urinary tract with Angela Di Girolamo, head of the Neuro-urology unit at Villa delle Ginestre, a structure of the Palermo ASP.

Dr. Di Girolamo, why are urinary tract infections so frequent during gestation?

“In pregnancy there is compression of the uterus on the ureter, causing dilation of the kidney caused by the stagnation (stasis) of the urine, with the risk of increasing the development of infections. In addition, there is also a reduction in peristalsis, that is, in the movements of the ureter, due to progesterone. The incidence of cystitis increases during pregnancy and if there are germs in the urine culture, i.e. bacteriuria, even if there are no symptoms, it must always be treated, since an increased incidence of kidney infections and a modest increase in premature births have been demonstrated. The advice is to perform a urine culture, at least once a month, until the end of pregnancy and treat any positivity ".

Could a visit with the urologist be useful during pregnancy? Because?

"It is preferable to carry out an evaluation by the urologist specialist, during pregnancy, to give a series of advice, given the increase in urinary tract infections, with serious consequences and the risk of renal dilation due to the compression of the volumetric increase of the uterus on the ureter, with the appearance of renal colic, for example ".

Let's talk about post partum instead. What can happen to the bladder after giving birth?

"In some cases, complete blockage can be achieved, ie acute urine retention and the inability to spontaneously empty the bladder."

How should urinary activity be attended to?

“Bladder emptying must be checked, for example after a maximum of 6 hours' interval”.

What are the signs not to be overlooked?

"We must be careful if, despite the constant urge to urinate and the bladder weight, there is no leakage of urine or a few drops are eliminated, perhaps with the help of the abdominal thrust".

What can be the causes of bladder disorders after childbirth? Can anesthesia (total and epidural) be responsible in any way?

"There may be co-responsibility for anesthetic techniques or bladder over distension which then makes it difficult for the muscle contraction of the bladder walls".

How can this be remedied? What is the intermittent catheter?

"There is a habit of positioning the permanent catheter, but to avoid consequences (such as infections) or poor quality of life, it is necessary as soon as possible to move towards the use of disposable catheterization, intermittently until spontaneous recovery, even partial, is achieved , voluntary urination ".

What drugs can be given?

"There are currently no drug molecules on the market to unblock bladder contraction and that can allow spontaneous urination to resume."

It is forbidden to give birth on February 12th ❯

add a comment of Urinary tract, take care of it before and after childbirth