Use of post-partum iron: why and when it is recommended 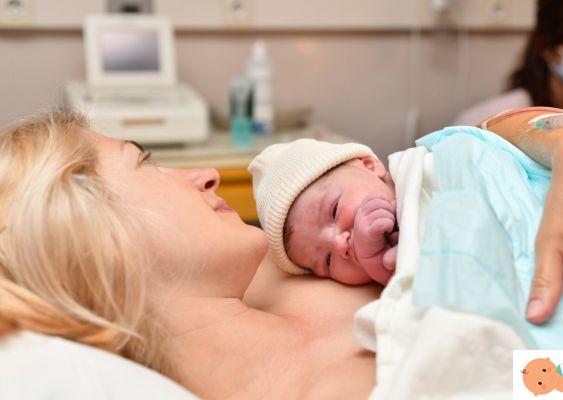 After pregnancy and childbirth, during the 40 days postpartum, in that period called the puerperium, it is quite frequent that the new mother has to take supplements, such as iron ones, useful to counteract a 'anemia. But why is an iron deficiency so widespread and what is neededuse of post-partum iron?

Anemia is a condition in which there is a poor amount of hemoglobin, which is carried by red blood cells, and this circumstance decreases the blood's ability to carry enough oxygen to meet physiological needs.

Iron deficiency often occurs before anemia and is one of the most common forms of nutritional anemia (iron deficiency anemia). Compared to pregnancy, maternal iron requirements usually decrease during the postpartum period, defined as the period that begins immediately after delivery during the next 6 weeks, however, this period is an important time to restore iron lost during pregnancy and childbirth.

Maternal iron reserves are not used for the production of breast milk, but it is common to suffer from postpartum anemia if this condition has already occurred during pregnancy (iron deficiency): iron reserves, in fact, tend to remain low for several months after childbirth, especially if a significant one occurs loss of blood during childbirth and if you don't consume sufficient amounts of iron.

Read also: The 40 days after childbirth, how to face the puerperium

Anemia and iron deficiency can result in:

For this reason, iron supplementation is often recommended in the first 3 months after childbirth.

Is diagnosed withanemia post partum when a value of Hb (hemoglobin) <10 g / dl is recorded between 24-48 hours after delivery and Hb <11 g / dl 1 week after delivery or Hb <12 g / dl 8 weeks after delivery. The prevalence of postpartum anemia 48 hours postpartum in European countries is around 50%.

Causes of anemia after childbirth

Among the main causes are:

How much iron to take after childbirth

According to scientific evidence and expert advice, in contexts where gestational anemia is a public health problem, oral iron supplementation, alone or in combination with folic acid supplementation, may be useful for 6 -12 weeks after delivery to reduce the risk of anemia.

In case of a diagnosis of anemia l'World Health Organization recommends a daily iron supplement (120 mg of elemental iron plus 400 μg of folic acid), until the hemoglobin values ​​return to normal.

As theIstituto Superiore di Sanita, oral iron is the treatment of choice in mild to moderate postpartum anemia (hemoglobin concentration between 8 and 10 g / dl). In the presence of a hemoglobin concentration of less than 7 g / dl in the postnatal period, without ongoing bleeding or bleeding threat, it is recommended to evaluate the decision to carry out a transfusion on a case-by-case basis.

TAG:
Burn in the child: how to behave ❯

Caesarean section: goodbye to the scar thanks to the laser

Abdominal diastasis: what it is, what are the symptoms and how to treat it

add a comment of Use of post-partum iron: why and when it is recommended