Vaginal swab in pregnancy: when and why to do it 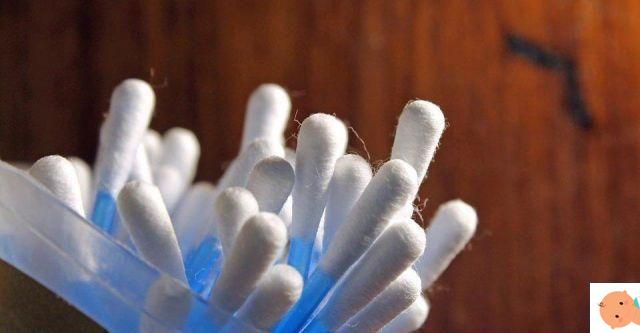 One of the last tests that you will be prescribed towards the end of pregnancy is the vaginal swab which, almost always, is coupled to a rectal one. It is a very simple and painless, but necessary test: it serves to detect the presence of a bacterium which, in case of vaginal birth, can create some problems for you and the baby. Let's see what vaginal swab is in pregnancy, how it is done and why it is so important for you and your puppy's health.

What is the vaginal swab used for in pregnancy

The vaginal and rectal swab is designed to identify type B Streptococcus. This bacterium - present in about 2 out of 10 pregnant women - is "silent": if you have it, you do not even notice it because it does not give symptoms. Itching, burning, leaking, bad smells can be caused by an "army" of bacteria, but usually not by this one.

However, type B Streptococcus can harm your baby who could become infected during birth when passing through the vaginal canal. While not very common, the bacterium can cause serious infections, including meningitis and pneumonia.

But that is not all. Streptococcus can also be harmful to the mother and cause rupture of membranes and premature birth. That is why it is essential to know if it is there or not.

When doing vaginal swab in pregnancy

The vaginal swab is performed after the 35th week, usually between the 35th and 37th week.

How to do the vaginal swab in pregnancy

A vaginal discharge sample is taken through a kind of long cotton swab. As mentioned, it is often also done on the rectal level because the contamination between the two environments is very easy. The secretion is then analyzed for Streptococcus.

Tampon in pregnancy how to prepare

Those who have to do the vaginal swab should follow a few small rules to better prepare themselves. In the 24 hours prior to the exam, avoid vaginal douching, sexual intercourse, or treatments based on creams or pessaries. Furthermore, it is necessary not to have taken antibiotics in the 5 days preceding the test. All circumstances that could affect the result.

What if the vaginal swab is positive? Don't panic. At the beginning of labor, you will be given antibiotics, usually intravenously: it is the most massive and fastest way to "clean" the vagina of bacteria and allow you to deliver safely. Typically, administration begins 4 hours before delivery, which is sufficient time.

If you are wondering "but won't all these drugs harm my baby?", The answer is no. On the contrary, thanks to antibiotics the little one will be even more protected. After giving birth he will still be subjected to some checks to verify that he has not contracted the bacterium.

If you test positive for Streptococcus and you give birth by cesarean, antibiotic prophylaxis will not be done and the reason is very simple: the baby does not come into contact with the vaginal canal, so it cannot become infected. However, this does not apply if there has been a breakdown of the waters: in this case, you will be given the drug anyway.

How much does vaginal swab cost in pregnancy

Until recently, the vaginal swab was not among the free services offered by the National Health Service, but then it was included by the Ministry of Health in the updated list of free tests for pregnant women, which you can read HERE.

add a comment of Vaginal swab in pregnancy: when and why to do it