Violence against women explained to boys and girls 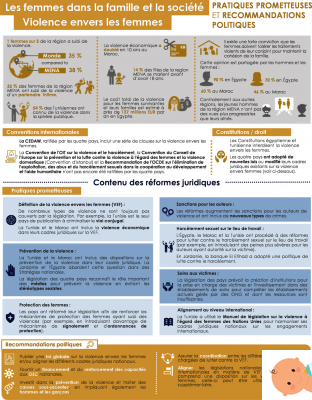 Explain violence with a book

Saying 'no' to any form of abuse, making it come out strong from the chest (and perhaps from the depths of the soul), with a proud look and a high head is not at all obvious. They do not succeed (they cannot do it for a thousand reasons, it is not a judgment) even today more than a third of women in the world (35,6%) who suffer physical violence within the walls of the house. This is testified by the first comprehensive study published by the World Health Organization in 2022.

What is consumed, often in secret, in the intimacy of the home (but not only), is a violence that takes on a thousand masks. Sometimes, it hides behind more subtle and 'ambiguous' gestures that leave no marks on the skin. Because in addition to beatings and sex-rape, there are also threats, humiliations, intimidations and denigrations perpetuated day after day. Almost as if they were 'normal' ('a woman must be patient', some still say) expressions of an alleged love.

Ma You can't call it love: so reads the verse of a song by Edoardo Bennato (The Fairy) which is also the title of a book (important and courageous), written by 23 authors to tell boys and girls about violence against women (as the subtitle itself states). Which too often is justified precisely in the name of that feeling, in fact, instead, trampled on and killed.

These 23 stories explore the infinite implications of abuse of women, crystallizing them in a photograph that does not lie ... Hard pages, at times poetic and heartbreaking, at times 'cold' and merciless, which do not discount the truth. Because it is necessary to face it (without frills) to say stop to those experiences that no girl and woman should ever have.

The power of the word

We need to talk about that violence, aloud, again and again (not just one day a year) to children, male and female, as mothers and women, fathers and men. This is the fundamental premise behind this project (the proceeds of which will be donated to the Aidos Association for the prevention of female genital mutilation in Burkina Faso), in which the independent, all-female publishing house, Mammeonline firmly believes.

How can we hope that something will really change if we talk too little to young people about prevention against violence and about sentimental and emotional education?

Donatella Caione, the publisher, is convinced of this, underlining the importance of offering boys and girls different models, far from the stereotype of the seductive woman (or docile, weak, less good) and of the 'strong' man, invincible as Rambo, unfortunately still so popular today. The solution to crimes against women cannot be reduced to a criminal problem. According to the publisher, it is essential to transmit to children all those values ​​of dignity, respect, equal opportunities between males and females in every aspect of daily life and in relationships.

A fundamental tool for 'passing on' to children a profound vision of the relationships between men and women and of love, far from any prejudice (and any form of violence, even subtle), is good dialogue. Maybe, with the complicity of a book from which to start to get ideas. To think so is Annalisa Strada, one of the 23 writers of the book (author of the story Taddeo and the pastry chef), mother and teacher, who considers communication one of the essential components of education.

"In dialogue with children it is very important to know how to listen to them when they are not talking, observing them in a careful but polite way, in order to try to understand them better in every moment of growth, even during changes", says the writer.

According to Annalisa Strada, this ability to listen on the part of parents makes it possible to hear the alarm bells if a boy is turning into an executioner and a girl into a victim (and this also applies to less striking gestures, not only for beating or sexual violence).

Alongside all this, the example that the adult offers every day to the eyes of the youngest plays a central role. But that doesn't mean being perfect. "After all, it is possible to find the strength to react and change a little for the love of the children, acquiring more awareness.

A mother, for example, who after 10 hours of work, replies to her husband who asks her for his coffee in a loud voice, with a phrase like: 'Wait 10 minutes!' or 'Prepare it yourself', instead of just wearing it as she would have done in the past, it gives an important message to the children ", explains Annalisa Strada. Yes, because respect also begins with small things.

And then, in the end, the parents should be present: "to make the children feel that they are a fixed point, willing to face any difficulty", says the writer. Even when it's hard to understand what love really is. The one that leaves you free to be yourself, at any time, without any kind of prevarication, not even the apparently 'small' ones.

The podcast: how to recognize psychological violence?

How to recognize psychological violence against women, mothers, daughters, girls, girls? What are the signs? Psychotherapist and psychoanalyst responds. President of the Pollicino Association and Parents Crisis Center Onlus

TAG:
The gynecological examination: what is it for, how it takes place before and during pregnancy ❯