Vitamins in pregnancy and mineral salts 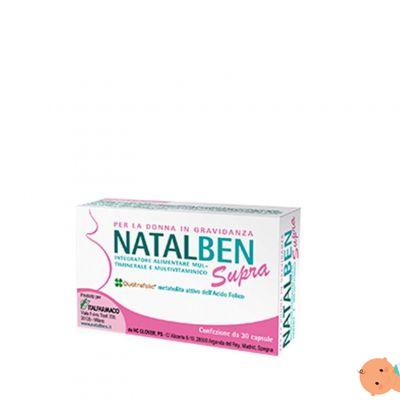 Vitamins in pregnancy and mineral salts

During the nine months it is very important to follow a correct diet, which includes a balanced intake of all the main macronutrients. But there are also substances which, although contained in food in very small quantities, are essential for correct fetal development according to the gestational age and the well-being of the mother, and they are vitamins and mineral salts.

The importance of nutrition in pregnancy

"Eating adequately is essential for both the future mother and the new mother" underlines the professor, head of the OU of obstetrics and gynecology at the Luigi Sacco Hospital in our city. "Having correct eating habits and a correct body mass index improves the possibility of conception and promotes the good progress of pregnancy.

But even once the baby is born, the mother's nutrition will affect the quality of the milk and consequently the health of the baby.. In particular, some micronutrients help to prevent fetal malformations, reduce the risk of premature birth and low birth weight, favor the development of the baby's nervous system, as well as, of course, preserve the health of the mother. However, on the basis of various scientific investigations, it appears that in Europe the intake of vitamins and mineral salts in pre-conception and pregnancy is still insufficient, and this without distinction of social classes ".

The tricks to make the most of vitamins & co

Let's see which vitamins and minerals are most important during the nine months and in which foods they are present, with the help of Prof., head of the OU of Obstetrics and Gynecology at the Luigi Sacco Hospital of our city and Professor of the University of our city, and of Dr., Food Technologist and Research Doctor in Experimental and Clinical Nutrition.

The important vitamins in pregnancy

Vitamin A, or retinol, promotes cell differentiation, reproduction, growth of the fetus and strengthens the immune system. However, excessive consumption must be avoided.

Vitamin A is contained: in liver, in eggs,  in milk and its derivatives.

Vitamin C, or ascorbic acid, is used for the formation of collagen, counteracts the activity of free radicals, responsible for cellular aging, improves iron absorption, strengthens the immune system.

Citrus fruits, strawberries, kiwis, tomatoes, peppers, broccoli, cabbage. However, it is one very mild vitamin, which deteriorates in contact with air and heat.

It is important for correct embryonic and fetal development, particularly for the prevention of a serious malformation known as spina bifida. It intervenes in the formation of red blood cells, in the construction of the genetic patrimony and in the production of amino acids. Very useful for the mother to prevent anemia.

Considering the increased need during pregnancy and its important preventive function, supplementation is usually recommended prior to conception, once a pregnancy is sought and for at least the first 3 months of gestation.

Vitamin B12, or cobalamin, is involved in the synthesis of genetic material, in the metabolism of some amino acids and in the formation of red blood cells. Together with folic acid, helps prevent fetal malformations. It also prevents vascular diseases and maternal anemia.

Food of animal origin in general.

Vitamin D is valuable for calcium absorption and skeletal formation of the fetus and also appears to have an anti-inflammatory and immunomodulatory role. It is produced in the skin thanks to sunrays, but a small part can also be taken with food.

It is normally produced in the skin thanks to the sun's rays, but a small part can also be taken with food. Major dietary sources of vitamin D are relatively few. For the sources of animal origin, the foods to consider are:

Vitamin E, or tocopherol, is an antioxidant: it prevents the oxidation of polyunsaturated fatty acids in cell membranes. During pregnancy it can prevent some diseases such as preeclampsia (commonly gestosis).

The important mineral salts in pregnancy

The amount of iron needed in pregnancy increases, almost doubled, especially in the second and third trimesters. If the future mother has an adequate reserve and regularly eats foods that are rich in it, there will be no shortages. When we talk about iron from food, we need to make an important distinction. Iron is not all the same and it shows up in two different forms:

Le main sources of iron in the diet, according to data from the Society of Human Nutrition, are:

Iodine is a constituent of thyroid hormones, and intervenes in the formation, growth and development of various organs (crucial is the role played in the maturation of the brain) and systems, as well as in glucose, lipid and protein metabolism. A deficiency could cause hypothyroidism, cretinism and small-for-gestational-age infants.

Mainly in fish. It is also a good rule to replace normal table salt with the iodized type.

Football is very useful for it development of the skeletal system of the fetus. During pregnancy and breastfeeding, the need increases to meet the baby's nutritional needs.

Read also: Vitamins and minerals in pregnancy: why they are important TAG:
Vices for newborns: do they really exist? ❯

add a comment of Vitamins in pregnancy and mineral salts