Weaning or self-weaning? What the science says 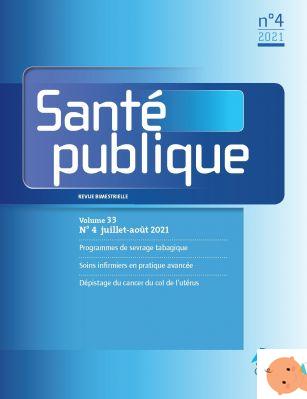 Here, the time has come for the introduction of the first solid foods. Which approach to choose: traditional weaning, based on meals made especially for the baby, or self-weaning, which involves offering him the foods of mum and dad? We have compared the two approaches.

“The child is not a small adult: he has different nutritional needs than those of adults. For example, they need proportionally more fat ”. Silvia Scaglioni, endocrinologist pediatrician and nutrition expert in our city, thus introduces the theme of weaning, and advises: "For this reason, it is good to plan a specific diet from the beginning and for the first two / three years".

But goodbye to too rigid recipes and tables

Forget the old weaning recipe proposed by pediatricians until a few years ago. It included a first porridge made with vegetable broth (strictly potato, carrot and courgette), rice or corn cream, a teaspoon of oil and one of parmesan or parmesan cheese, to which other ingredients were gradually added, according to an order and a precise time schedule. First the freeze-dried or homogenized meat, then the cooked and pureed vegetables, the legumes and finally the fish. For fruit, only apples, pears and bananas are allowed. Eggs, tomatoes, strawberries and dried fruit only after the first birthday. The reason for such rigor was the concern that certain foods could promote the onset of food allergies, if given too early.


According to the latest studies, however, this concern is unfounded. Indeed, delaying the introduction of certain foods too much could even be counterproductive and increase the risk of allergies. A recent UK study, for example, showed that the best way to reduce the risk of developing a peanut allergy in children who already have eczema or other food allergies is to have them eat them very early: between four and 11 months, earlier. the better.

For Scaglioni, however, this does not mean everything at once. “A certain gradualness must be maintained, because the child needs time to adapt to new flavors and textures. The ideal is to introduce one food at a time, proposing it for two or three days before changing.

This guarantees both a variety suitable for the diet and a fair amount of time to experiment with different things ”. The consistency of the baby food should also change gradually: “From semi-liquid, to creamy, to semi-solid, up to, around one year of age, minced foods”.

Here is a typical meal: a porridge made with vegetable broth, cream of cereals and a protein source, cooked and pureed vegetables (only one type at a time, to taste the various flavors), fruit and, after a few weeks, a piece of bread. “For proteins, in the early days I suggest meat, which has a high iron content: I recommend it every day. Little by little, it can be replaced by other foods such as fish, legumes, cheese and eggs ". Avoid adding meat or legumes to baby food that already contains cheese, as was done in the past: “In this way the proteins go up too much”.

One recommendation: never lose your temper

Weaning involves two other fundamental ingredients: serenity and patience. “The suggestion is not to force the child to eat and to respect his times and his waste, which at the beginning are normal” recommends Scaglioni. "It is certain that with the first baby food he struggles and limits himself to tasting only a few teaspoons. That's okay: with time it will get used to the novelty ".

With the fall of the dogma of introducing foods in stages to avoid the risk of allergies, a new trend is making its way in families and pediatricians and is that of self-weaning or complementary feeding on request.

There are two fundamental principles of this approach. First: it is not the parents who "decide" when the time has come to taste something new, but the child himself, who communicates it with various signals, including an evident interest in food.

Second: no special baby food, but green light to the same dishes as mom and dad, as long as they are healthy. If the little one clearly shows that he wants to try that radicchio risotto or those penne with swordfish, why not give them to him?

"Children imitate adults" explains Lucio Piermarini, family pediatrician in Terni and one of the first supporters of weaning in Del Paese, author of the book I wean alone. “They see parents eating certain things a certain way and they want to do it too. Following this natural inclination allows you to introduce new foods into the diet of the little ones, avoiding the traumas of classic weaning ".

Pay attention to a careful diet

In order for weaning not to cause problems, mum and dad must eat healthily first. And precisely because this is not always the case, some pediatricians advise against it. "The problem is there" admits Piermarini, who nevertheless does not allow himself to be discouraged.

"If the family has poor nutrition, the long-term benefits of controlled weaning will still be reduced." Assuming that the meals are prepared and proposed correctly, when the child switches to feeding "when he grows up" she will still eat badly.

"Better to see self-weaning as an opportunity to invite parents to review and improve their nutrition," says the pediatrician. "A good model is that of the Mediterranean diet and the classic food pyramid can help you understand what to eat".

You have chosen? Now observe these rules, which apply to both approaches

Perhaps at this point someone would like to know what the science says about these two approaches, but it's a difficult question, because there are no studies that compare them or guidelines that say exactly what to do. If the parents are attentive and scrupulous, there should be no problems under any circumstances and a happy child, who grows regularly, will confirm this.

Some rules - these are supported by scientific data and national and international indications - however, are valid for everyone. Let's remember them.

contains too much protein and too little iron. Read also What milk after 12 months

which should make up 40% of the child's diet. The main sources? Milk, olive oil, meat and fish.

the child does not feel the need and the later he gets used to the salty, the better. Yes to aromatic herbs to flavor foods. Sage, marjoram, thyme etc. they are also good sources of mineral salts.

6. Before the year it is better to avoid honey too,

which could contain spores of the botulinum bacterium, which are dangerous for the health of the young.

TAG:
Weaning: why does my baby not want to eat? What to do to convince him? ❯

Weaning, how to introduce legumes

The calendar of fruits and vegetables in spring

add a comment of Weaning or self-weaning? What the science says