What are the first symptoms of an ongoing pregnancy? 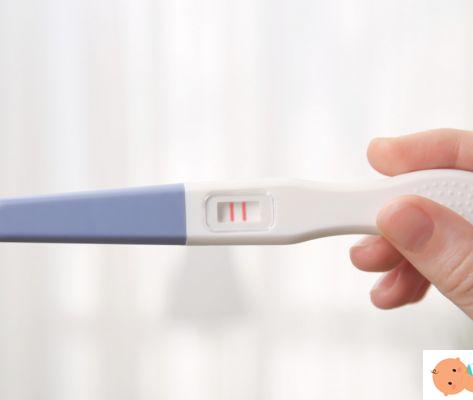 What are the first symptoms of an ongoing pregnancy? The obstetrician doctor answers this question

The very first symptoms of a pregnancy

«It is to be considered both that the woman has signs of early pregnancy and that she has none. Among the women who show signs, we first identify theamenorrhea, that is the expected delay of the cycle, associated with some pain in the abdominal-pelvic region.

The higher levels of estrogen and progesterone on the other hand do increase blood supply in this area and intestinal motility decreases.

It may be normal for the woman to also have some vaginal discharge. Among these, the losses that are reddish and scarce can be one of the consequences of the implantation of the embryo in the uterus.

Instead they are defined leucorrhea the transparent and filamentous losses that can be present throughout the pregnancy and which are nothing more than a greater production of mucus of the uterine cervix. If the woman has bright red and very abundant losses, an obstetrician-gynecological examination is necessary ”.

In summary, as the expert explains, among the first signs of a pregnancy we have:

The signs may be all or only some. The most important, however, remains amenorrhea.

Other signs of pregnancy

Other signs of pregnancy are:

“The woman can also hear one accentuated fatigue. In the first trimester, the body invites us to slow down and welcome the new life we ​​are creating.

The increased feeling of hunger is another sign. The important thing is not to eat for two, but twice better.

All these are to be considered signs of a possible pregnancy ».

«Certainty is given by first ultrasound carried out within 10 weeks of the last menstruation.

Identified the embryo with a heartbeat and positioned in the right place, pregnancy is safe ".

Read also: When the first symptoms of pregnancy appear TAG:
What are the main childhood psychiatric disorders ❯

add a comment of What are the first symptoms of an ongoing pregnancy?