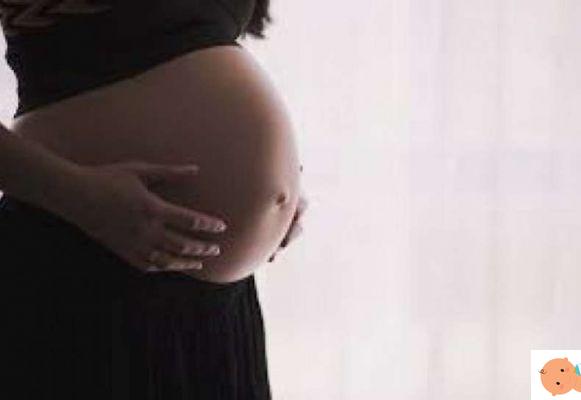 For many women, pregnancy is a "state of grace", but not for all. Some, in fact, appear literally terrified by the experience of gestation and childbirth, so much so that they avoid the birth of a child despite the strong desire to become mothers.

Tocophobia is a disease that has only recently been diagnosed

This disorder is called tocophobia (from the Greek tocos, childbirth, and phobia, uncontrolled fear) and has been diagnosed only in recent times, starting from the study by researchers Kristina Hofberg and Ian Brockington published in 2000 in the British Journal of Psychiatry. As the psychologist and psychotherapist explains Manuela Caruselli from Studio Psicologia & Benessere Pomezia: "The fear of childbirth is physiological, but in some cases it becomes a real obsession with an anxious response on the part of the woman that manifests itself through palpitations, tachycardia, accelerated sweating and a very strong sense of anguish" .

The types and the main causes

La tocophobia it is divided into two types: the primary one is prior to pregnancy and generally involves the renunciation of parenthood, obsessively resorting to contraception (for example using a double form of protection) despite the desire for motherhood; the secondary one, on the other hand, is linked to a specific traumatic episode. Among the main ones causes of tocophobia we find:


The centrality of psychotherapy

«Often those who suffer from tocophobia ask their doctor for treatment scheduled cesarean. The use of the caesarean section, however, acts on the effects, but does not eliminate the root causes ”, continues Dr. Caruselli. «The treatment of choice is certainly psychotherapy. For the woman it is necessary to undertake a targeted therapeutic path, working on itself to recognize the roots of the malaise. In this sense, the diagnosis of the disorder within the first three months of pregnancy on the part of the family doctor or gynecologist is essential in order to be able to intervene promptly with psychotherapy ».

The role of prevention and family support

No less important is the prevention: «To reduce the sense of anxiety it is very useful to attend yoga classes or relaxation, which teach the various breathing techniques, in addition of course to the classic courses of preparation for childbirth starting from the sixth month. In short: relying on a team of specialists is the best weapon to defeat the demon of tocophobia and peacefully live the experience of pregnancy. But we must not forget the pivotal role of the partner and family members, called to support the woman with their affection and their presence ".

It occurs when the fear of childbirth becomes a real obsession with an anxious response on the part of the woman (palpitations, tachycardia, accelerated sweating and a very strong sense of anguish).

Psychotherapy is certainly the treatment of choice. For the woman it is necessary to undertake a targeted therapeutic path, working on herself to recognize the roots of the malaise.

TAG:
What is herd immunity? ❯

add a comment of What is tocophobia, the fear of dying in childbirth