When does the embryo become a fetus? 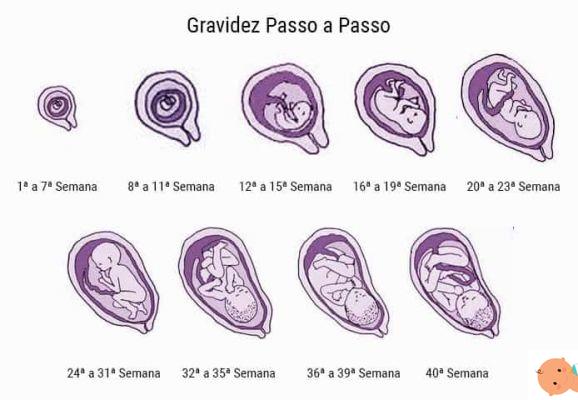 When does the embryo become a fetus?

Embryo and fetus are both stages of the prenatal development, that is, that process lasting more or less 40 weeks in which the egg - fertilized by the sperm - grows to become a baby. But what are the differences? And when does the embryo become a fetus?

Conception and formation of the embryo

Embryogenesis represents the very first stage of pregnancy, when the zygote - the new cell born from the fertilization of the sperm - begins to divide and multiply (cell division process) to become blastometers, then one morula and finally, when this cluster of cells reaches a number of around 50-60 elements, one blastocisti.

At this point, seven days after fertilization, this cellular aggregate reaches the uterus and theplant, which is the moment when the blastocyst attaches itself to the endometrium, which is the inner lining of the uterus itself. After this operation, the blastocyst also begins to produce the human chorionic gonadotropin (HCG) which stimulates the corpus luteum to produce the hormone progesterone, stopping menstruation and preparing the body for pregnancy.

From here (more or less at the beginning of the second week of pregnancy) theembryo, which is divided into three layers:

The phase of embryogenesis lasts until second month of pregnancy.

From embryo to fetus

From the third month of pregnancy(approximately XNUMXth / XNUMXth week) actual fetal development begins. Now, although still very small, there is no longer just a simple grouping of cells, but a real organism that begins to develop and outline the structures and forms of the future baby: the arts and forehead, Dita they lengthen, the first ones are formed bones and also the "sketches" of the internal organs begin to appear.

From this moment therefore we speak of a fetus and no longer an embryo.

Read also: How big is your baby in the belly? As small as a poppy seed or as big as a pumpkin TAG:
When the mother feels bad: 5 tips to see things from another perspective ❯

add a comment of When does the embryo become a fetus?