When to have an epidural? 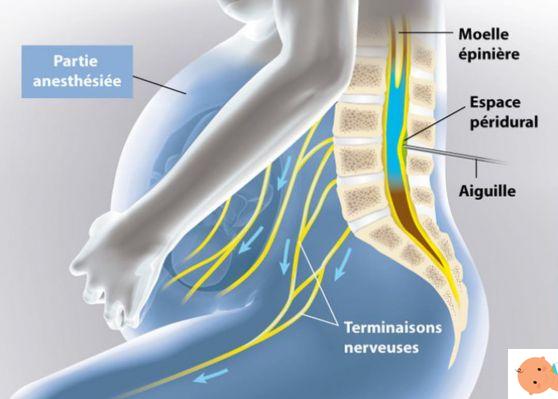 The first and fundamental indication for carrying out the epidural is the woman deso giving birth with analgesia. In other words: if the hospital organization allows it, it is enough for the woman to ask for it to obtain it (obviously if there are no contraindications).

In this case there are no longer (or shouldn't be) particular waiting times: if in the past at least three / four centimeters of expansion (and today in some centers it is still done, just as a legacy of the past), today the scientifically recognized attitude is that of have an epidural when the woman asks. For example, the Guidelines of the British Institute for Clinical Excellence, Nice, published in 2022 and revised in 2022, say this. (Read also: what is an epidural)


A position clearly acknowledged by many centers, such as the Alta Val d'Elsa hospital in Poggibonsi, known throughout the country for its attention to the techniques of "soft birth", which in a booklet on painless childbirth writes: "Analgesia may be required at any time during laborregardless of the degree of cervical dilatation. The moment of the request depends exclusively on the woman and the intensity of the pain ".

But beware: there may be situations in which an epidural may be indicated even beyond the effect on pain reduction. For example in the presence of a difficult and prolonged childbirth can help the progression of the fetus relaxing the muscles e reducing maternal stress. And it can be indicated in particular situations in which it is necessary to reduce stress from the beginning (and pain is a strong stress inducer), for example if the mother suffers from cardiovascular, liver, kidney, respiratory diseases.


We also remember that the epidural can be converted from analgesia to anesthesia if it becomes necessary to intervene with an emergency cesarean. In this case it is sufficient to administer a higher dose of anesthetic through the catheter and after a few minutes it is possible to start the surgery.


Read also: Epidural or non-epidural, 20 responses to decide and Epidural, the critical opinion
TAG:
When the child does not speak ❯

add a comment of When to have an epidural?