Why are babies always cold? 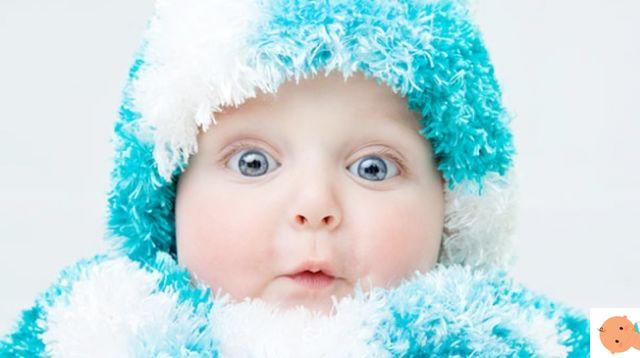 With the cold season the classic routine has begun again colds and other respiratory infections. It seems we don't have time to end up with an illness that immediately begins another one, at least until spring. It is a normal phenomenon in children, especially before the age of six: doctors talk about recurrent respiratory infections (the abbreviation is IRR), which include colds, tonsillitis, ear infections, pharyngitis, bronchitis and bronchopneumonia. And sometimes a fever also comes.

Read also: Fever children, everything you need to know

First rule, don't get too scared

"The first thing to do is not to be too alarmed" advises pediatrician Marzia Duse, president of the Del Paesena Society of Pediatric Allergy and Immunology. "In the vast majority of cases, these are recurring infections physiological, in the sense that they are linked to a normal maturation process of immune system".

Experience shows that the younger the children, the more likely they are to get sick. "This happens because they are still 'virgin' from an immunological point of view, that is to say they do not yet know the various infectious agents and as soon as they come into contact with them they are infected" explains Maurizio de Martino, immunologist pediatrician, director of the Pediatric Clinic 1 of the City Meyer Children's Hospital.

This is why the phenomenon begins to diminish from the age of 4-6, as the immune system matures and its own 'wealth of experiences' begins to form.

Recurring infections, what they depend on

In the vast majority of cases, recurrent respiratory infections are caused by virus, such as rhinoviruses, adenoviruses, coronaviruses, influenza and parainfluenza viruses, respiratory syncytial virus. All in all this is fortunate, as viral forms tend to resolve more easily.
Sometimes, however, bacteria are responsible.

Some diseases such as nasopharyngitis (colds and sore throats) are little more than a nuisance. Others, such as bronchitis and pneumonia, are rightly more alarming.

Why do some children get sick more than others?

If it is true that recurrent infections are a physiological phenomenon, it is equally true that there are children particularly affected by these diseases. This can happen for various factors, including:

Colds and seasonal ailments, how they are prevented

Although these are generally not worrying conditions, there is no doubt that a child who is always sick can be difficult for the family, often trapped in a hectic pace of life. Fortunately, there are some useful prevention strategies. Let's see what it's about.

Read also: Feeding the baby after 1 year, how and what he should eat

Supplements and immunostimulants, the point about usefulness

We know that vitamin C and vitamin D they are important for the prevention of infections and children can sometimes be deficient. For this, it can be useful to take them as supplements, but always on prescription. From avoid DIY, because there is always the possibility of overdoing the doses, and overdose can lead to intoxication.

The same is true, as well as for vitamins, also for herbal products such as'echinacea: some studies suggest a (limited) usefulness, but it is better to seek advice from a specialist.

In recent years, moreover, the hypothesis of the usefulness of some substances for strengthening the immune defenses of children has been gaining ground. They are the immunomodulatory or immunostimolant, substances of bacterial origin or products by chemical synthesis (such as pidotimod or OM-85) capable of enhancing the ability of the immune system to be alarmed if a bad germ arrives, and to react accordingly. But are they really needed? The answer, for the moment, remains suspended.

Clinical studies conducted on children are few and, for now, discordant: in some cases the immunomodulators seem very effective, in others substantially useless. Because of this not all doctors agree in recommending them. In any case, they must always be taken on medical indication and knowing that miracles are not to be expected: they don't necessarily work and, even when they do, they often just mitigate the problem, not make it go away.

What to do when the child has a cold or other respiratory diseases, all good practices

Read also: Colds for babies and children, advice and treatment

While recurring infections are more annoying than anything else in most cases, that doesn't mean they don't need to be controlled. Here are all the situations in which it is necessary to consult the doctor, according to the indications of Maurizio de Martino:
if it occurs high fever, which does not pass after 2-3 days;

add a comment of Why are babies always cold?